Our Lady of Loreto 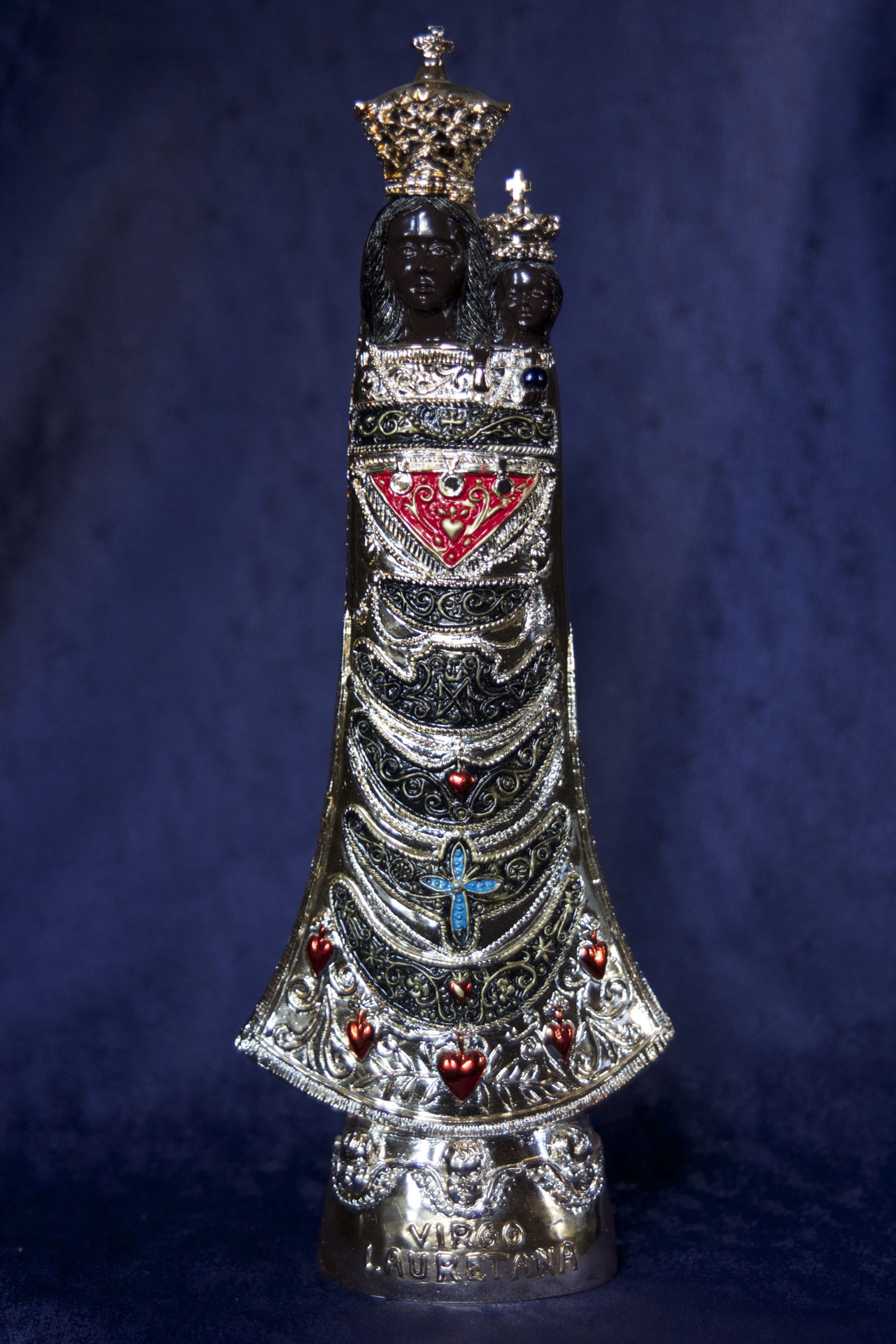 Our Lady of Loreto

The Holy House of Loreto is one of the most revered Marian shrines in the world. Since medieval times, the Holy House has been believed to be the very home in which the Virgin Mary lived, conceived and raised the young Jesus. A large basilica has been built around the small shrine, and the sacred site attracts as many as 4 million Catholic pilgrims and visitors each year.

According to the New Testament, Jesus was raised by Mary and Joseph in a small town called Nazareth, near Jerusalem. Joseph was a carpenter, and their house was humble. Three centuries after the life of Jesus, the newly-converted Emperor Constantine built a basilica over the humble brick house believed to have sheltered the Holy Family.

According to Catholic tradition, the Holy House came under threat during the turmoil of the Crusades, so in 1291, angels miraculously translated the house from its original location to a site in modern-day Croatia. An empty space was left in Nazareth and a small house suddenly appeared in a field in Croatia. The bewildered parish priest, brought to the scene by shepherds who discovered it, had a vision in which the Virgin Mary revealed it was her former house. OnDecember 10, 1294, the house was again moved by angels because of the Muslim invasion of Albania. It landed first in Recanti, Italy, but was shortly thereafter moved for a third time to its present location in Loreto.

The Holy House of Loreto, or Santa Casa di Loreto in Italian, has been venerated by pilgrims great and small, including many popes and saints, and numerous miracles and healings have been reported. Scientists are said to have confirmed the materials to be the same as those found in Nazareth and the house lacks normal foundations. Many historians, Catholics included, are not entirely convinced. One problem is that there is no historical record of a house like that at Loreto existing in Nazareth. Instead, it seems pilgrims to Nazareth had venerated a kind of natural cavern in the rock as the abode of Mary and Jesus. Another problem is that no reports have been found from the Middle East regarding the sudden disappearance of a Nazareth house. The first mention of this comes in the 16th century, after it was suggested from the West. Even in the West, no mention of the Holy House has been found until the 15th century. Additionally, there is evidence that a church dedicated to the Virgin Mary existed in Loreto before the traditional date of the arrival of the Holy House. Given these factors, one common hypothesis about the origin of the Marian shrine of Loreto is that a miraculous statue or image of the Virgin was brought from Croatia to Loreto and placed in a humble abode that came to be venerated as well. Another possibility is that crusaders or monks brought a house, or parts of it, from the Holy Land. Catholics who tend towards one of these less miraculous explanations are careful to point out that this does not mean pilgrims should not visit or pray at the shrine, nor that the Blessed Virgin does not work miracles there.In 1469, a large basilica was built over the Holy House at Loreto, and still stands today. In 1507, a marble enclosure was constructed around the House inside the basilica, and in 1510, the site was officially approved for pilgrimages. Over the centuries, countless pilgrims have kneeled inside the basilica around the Holy House, wearing a trough in the hard rock. In 1910, Our Lady of Loreto became the patron saint of pilots, because of the tradition of the house’s flight from Nazareth. On September 8, the traditional birthdate of the Virgin Mary, pilots gather at the shrine to pray and participate in a colorful procession.