Our Lady of Manaoag 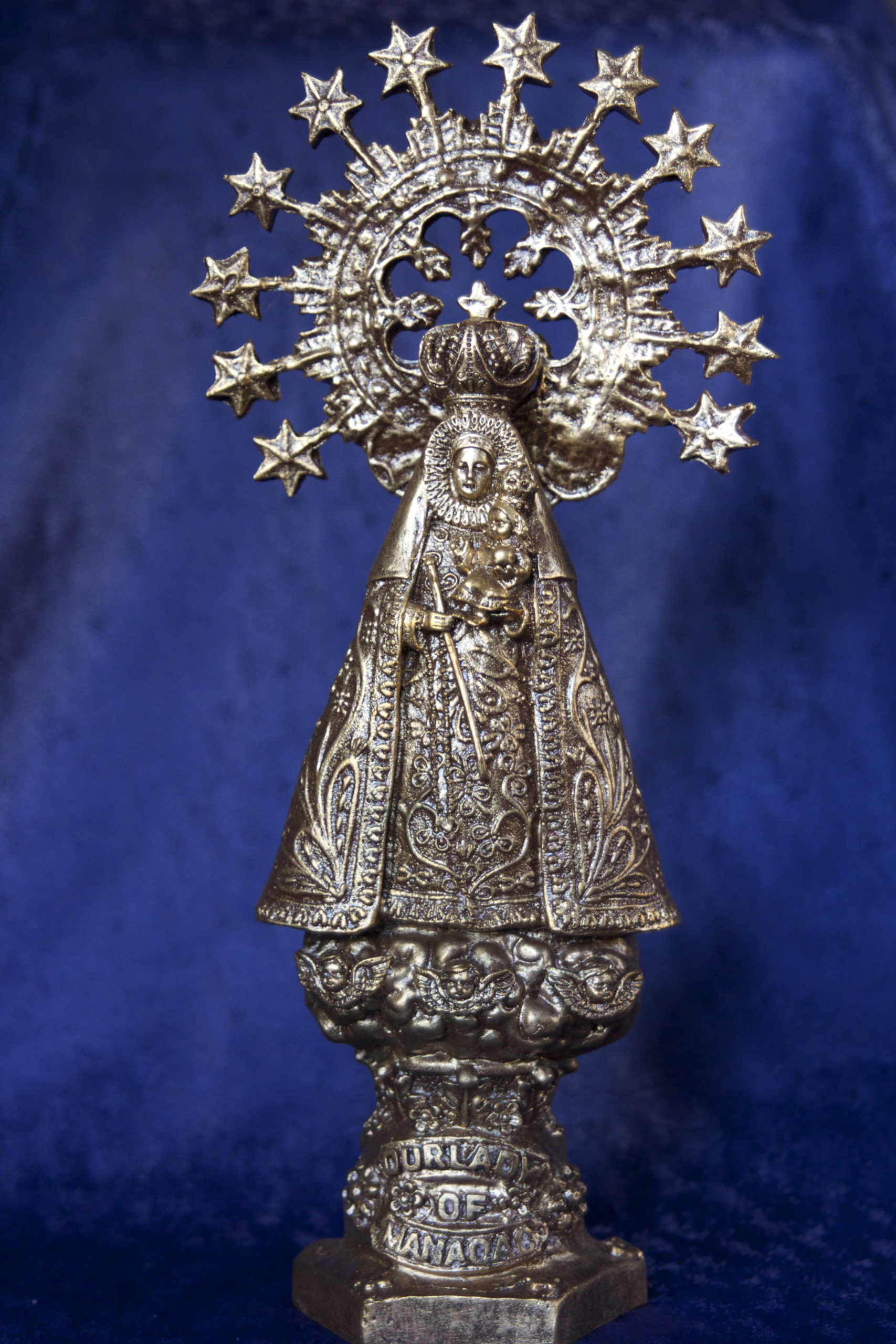 Our Lady of Manaoag

Our Lady of the Rosary of Manaoag (formally: Nuestra Señora del Santissimo Rosario de Manaoag, literal translation: Our Lady of the Most Holy Rosary of Manaoag) is a 17th century Roman Catholic ivory icon of the Blessed Virgin Mary and the central figure at the altar of her shrine located in Manaoag, Pangasinan. Locally known as the patroness of the town, it is one of the most venerated Marian images of Mary in the Republic of the Philippines.

The church of Our Lady of Manaoag was established 400 years ago. Ten years after which, the ivory image was brought to the Philippines by Padre Juan de San Jacinto from Spain via Acapulco. Folk tradition has it that the Blessed Mother Mary herself designated the place where the church would be built.

The statue’s reputed miracles became famous in the 1940’s. Several Japanese bombs were dropped within the church’s vicinity. A bomb which fell on the statue’s sanctuarium remained intact and did not explode. Commonly addressed as Apo Baket in native Pangasinense and Ilocano dialect, Mary, under this title, is officially known as the patroness of the sick, the helpless and the needy.

The Shrine of Our Lady of Manaoag, located in the municipality of Manaoag is situated 200 kilometers north of Manila, is one of the most popular and widely visited Roman Catholic Pilgrimage sites in the Philippines. It is administered by the Dominican Order under the Archdiocese of Lingayen-Dagupan.