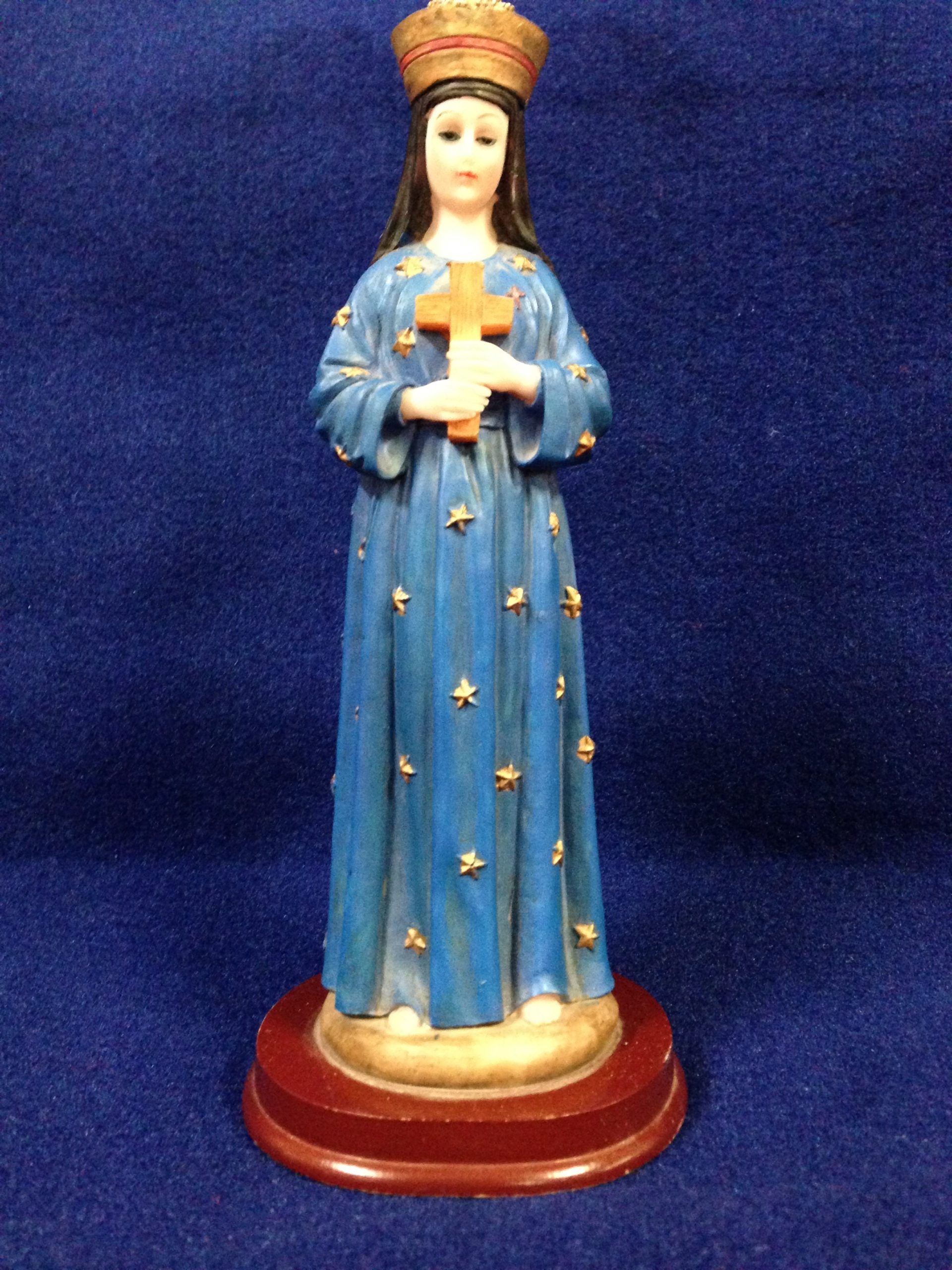 Father Godard SJ visited Bechwat between 1898 and 1902, then left Lebanon to Paris in 1903; it was during this time that the miracles of Our Lady of Potmain reached their peak. Hence, he remembers Bechwat which resembles Potmain, purchases the statue and sends it by train to Baalback via Europe and Istanbul. In the summer of 1904, the inhabitants of Bechwat were informed that an enormous package arrived from France for their village. A group of the village’s youngsters, upon arrival at the port, were astonished at the sight of the blue statue which they have seen for the first time, and they realised later that it was sent to them by no other than the Jesuit priest who had visited their village.

The statue of the Virgin Mary of Hope became famous for many miracle cures by Her intersession. The statue shows Mary wearing a blue dress with stars all over, an expression of Queen of Heaven. She is holding a cross in Her hands and has a crown of gold on Her head. The small Church sets on the side of a mountain in a remote area above the fertile valley. On the side of this mountain grows fruit trees of every kind. The Church is only 20 feet long and 20 feet wide and the statue sets on the left side of the altar. A few years back the pastor built a new much larger church just above the old one, but left the famous statue in the old church.

In 2004 something new happened to the statue. A Moslem woman and her nine year old son went to pray before the Statue of Our Lady, and suddenly the little boy said to his mother. “The statue is looking at me.” The mother looked up and the statue was talking and moving its hands but no voice could be heard.  The head was turning towards the Moslem and her son and looking at them, while at the same time saying something and moving the hands with the words. The Moslem woman ran out to tell others to come and see and they all saw the same thing. Near the Shrine was a man who was crippled for seven years, and he went inside and was instantly cured.  On that first day others were cured and many saw Our Lady moving.

Over the next four weeks the news went out and thousands a day began to flock to the side of the mountain to see the statue move and to pray for cures. The crowds became too much for the small mountain roads and the little town. The Cures are still happening and some still see the statue move.