Our Lady Seat of Wisdom 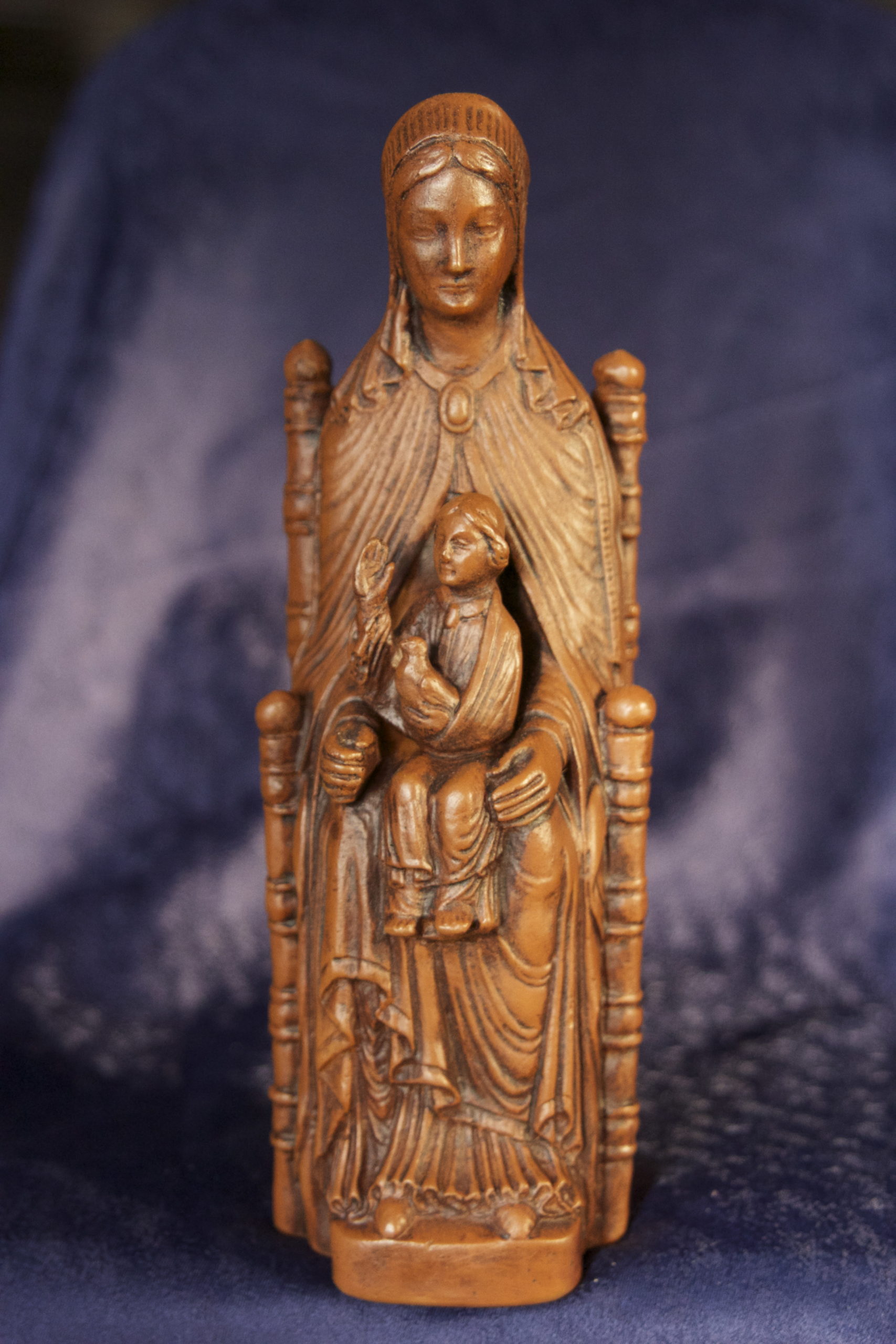 Our Lady Seat of Wisdom

The Sedes Sapientiae (Latin for Seat of Wisdom, one of the medieval titles of the Virgin), also known as Our Lady of Louvain, is a medieval wooden statue of the Virgin Mary. Nicolaas De Bruyne carved the statue in 1442, copying and enlarging an earlier and smaller statue from the 13th century. It is located in the church of Saint Peter in heart of the city of Leuven, Belgium. The statue was shattered by Allied bombing in the Second World War, though a replica is still on display in the church. It is the symbol of the Catholic University of Leuven, in whose seal it is enclosed in a vesica piscis shape whose margin bears the text “Universitas catholica Lovaniensis. Sedes sapientiae” (Latin for Catholic University of Leuven. Seat of Wisdom).

Saint Peter’s Church (Dutch: Sint-Pieterskerk) of Leuven, Belgium, is situated on the city’s Grote Markt (main market square), right across the ornate Town Hall. Built mainly in the 15th century in Brabantine Gothic style, the church has a cruciform floor plan and a low bell tower that has never been completed. Construction of the present Gothic edifice, significantly larger than its predecessor, was begun approximately in 1425, and was continued for more than half a century in a remarkably uniform style, replacing the older church progressively from east (chancel) to west. Its construction period overlapped with that of the Town Hall across the Markt, and in the earlier decades of construction shared the same succession of architects as its civic neighbor. In 1497 the building was practically complete, although modifications, especially at the West End, continued. The church suffered severe damage in both World Wars. In 1914 a fire caused the collapse of the roof and in 1944 a bomb destroyed part of the northern side. The reconstructed roof is surmounted at the crossing by a flèche, which, unlike the 18th-century cupola that preceded it, blends stylistically with the rest of the church. A very late (1998) addition is the jacquemart, or golden automaton, which periodically rings a bell near the clock on the gable of the southern transept, above the main southern entrance door.