Our Lady of Zapopan 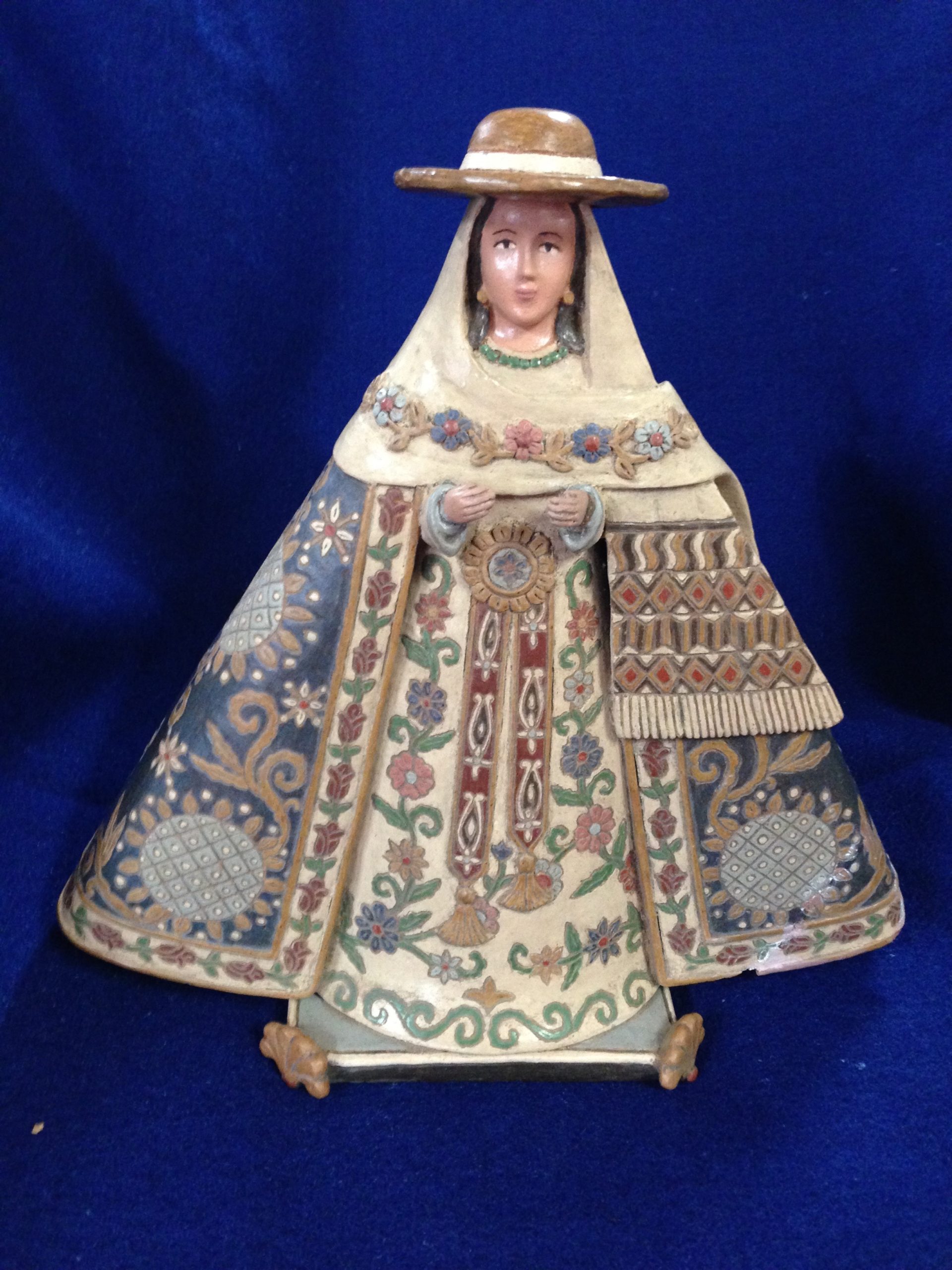 Our Lady of Zapopan

The Basilica of Our Lady of Zapopan and the abbey of Our Lady of Expectation of Zapopan are a 17th-century Franciscan sanctuary built in downtown Zapopan, in the state of Jalisco, México. It is one of the most visited sanctuaries in Western Mexico, and it preserves a wooden Virgin that is considered a valuable relic of medieval origin, which came from Spain to New Galicia in the 16th century.

The Virgin of Zapopan is also known as Our Lady of Expectation. She is also referred to as La Generala or the Zapopanita. In 1734, she was proclaimed Patroness against storms and lightning. The statue stays in Guadalajara from June 13 to October 12. After Mexico became independent in 1821, the Virgin was proclaimed Patroness of the State of Jalisco. On March 1, 1942 She was canonically crowned on January 18, 1921, in a ceremony that included presenting the keys to the city of Guadalajara.

In 1541 while the Mixton War was still in progress, the Franciscan Fray Antonio de Segovia had gone among the warring Indians, the image about his neck, exhorting them to make peace with the Spaniards. It is related that while Fray Antonio was preaching, the Indians saw luminous rays issuing from the image of Our Lady, and that this fact, as much as his preaching, caused them to stop fighting. In thirty-six hours Fray Antonio de Segovia brought to the Viceroy for pardon more than six thousand Indians, who had laid down their arms. From that time Fray Antonio called the image La Pacificadora, “She Who Makes Peace.”

The image is made of pasta de Michoacan – pieces of cornstalk smoothed and cemented together by glue. It is little more than thirteen inches in height, and represents the Virgin Mary under her title of the Immaculate Conception. The hands, joined before the breast, are of wood. The original sculpture consisted only of the upper half; it is believed, the lower section having been added at a later date. As the lower half is not in proportion to the upper, the reconstruction gives a stunted effect to the image. However, since the original sculptured garments nowadays are always covered with rich vestments of fabric, the disproportion is not apparent.

In its sculptured form, the statue represents Our Lady standing with her feet upon a rudely formed crescent moon. She wears a red tunic and a dark blue mantle outlined in gold. The eyes are painted, and the somewhat thick lips are closed. One may find much to be desired in the image, considered as a work of art. Yet we must remember that it has the honor of being the first image of the Virgin Mary venerated in the State of Jalisco, and that it has seen the Church in that part of Mexico grow from the tiniest seed to the great, many-branched tree of the present-day Catholic Faith. Furthermore, for over four centuries, Our Lady of Zapopan has been a constant channel of heavenly favors to the people of Jalisco.