Our Lady of Medjugorje 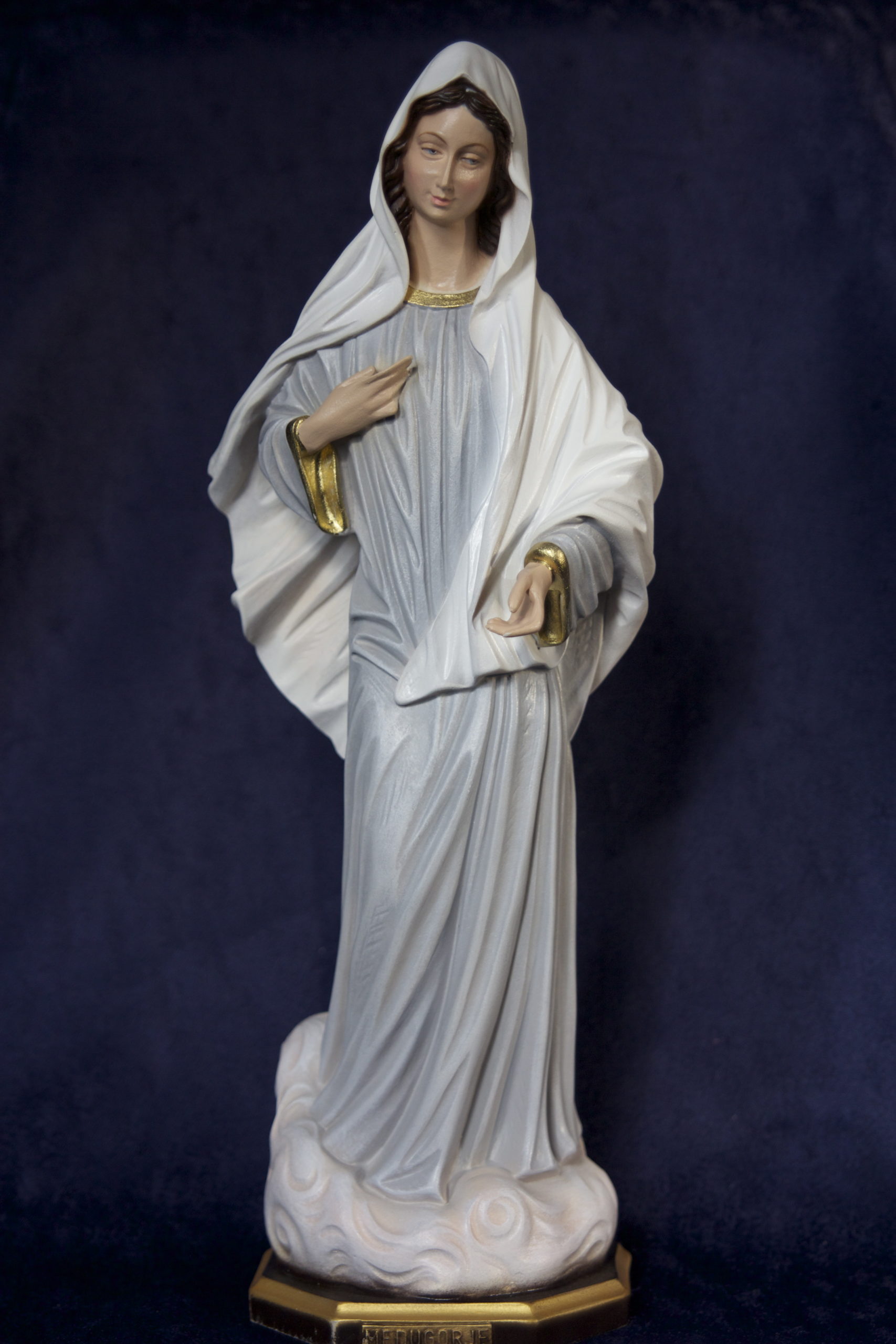 Our Lady of Medjugorje

Medjugorje is a town located in western Bosnia and Herzegovina, in the Herzegovina region around 25km southwest of Mostar and close to the border of Croatia. Since 1981, it has become a popular site of religious pilgrimagedue to reports of apparitions of the Virgin Mary to six local Catholics. The name Medjugorje literally means “an area between mountains”. At an altitude of 200 metres above sea level it has a mild Mediterranean climate. The town consists of an ethnically-homogeneous Croat population of over 4,000.

“Our Lady of Medjugorje” is the title given to the Blessed Virgin Mary that she has been appearing since 24 June 1981 to six children in Medjugorje (then part of socialist Yugoslavia). The visionary Marija Lunetti (Pavlovic) claims to receive messages from the Virgin Mary on the twenty-fifth of every month, while Mirjana Soldo (Dragicevic) reports receiving messages on the second of the month.

On June 24, 1981, reports began of Marian apparitions on Crnica hill in the Bijakovići hamlet, and shortly thereafter confrontations with Yugoslav state authorities began. Pilgrims’ donations were seized by the police and access to what was called the Apparition Hill was largely blocked. In October 1981, Jozo Zovko, then the pastor of the town, was sentenced to three and a half years imprisonment with forced labor for allegedly participating in a nationalistic plot. AfterAmnesty International, among others, appealed for his release and a judicial appeal was made, the sentence was reduced in the Yugoslav Federal Court in Belgrade to one and a half years, and the priest was released from prison in 1983. In the last years before the breakup of Yugoslavia, the travel of pilgrims was no longer hindered by the state.

During the Bosnian War Medjugorje remained in the hands of the Croatian Defence Council and in 1993 became part of the internationally unrecognized Croatian Republic of Herzeg-Bosnia. By the Dayton Agreement in 1995, Medjugorje was incorporated into the Federation of Bosnia and Herzegovina, populated mostly by Bosniaks and Croats. It lies within the Herzegovina-Neretva Canton, one of ten autonomous regions established so that no ethnic group could dominate the Federation.

The messages reputed to Our Lady of Medjugorje have a strong following among Catholics worldwide. Međugorje has become one of the most popular pilgrimage sites for Catholics in the world and has turned into Europe’s third most important religious place, where each year more than 1 million people visit. It has been estimated that 30 million pilgrims have come to Medjugorje since the reputed apparitions began in 1981. Many have reported visual phenomena including the sun spinning in the sky or changing colors and figures such as hearts and crosses around the sun.

The phenomenon is not officially approved by the Catholic Church. In March 2010, the Holy See announced that theCongregation for the Doctrine of the Faithwas forming an investigative commission, composed of bishops, theologians, and other experts, under the leadership of CardinalCamillo Ruini, the Pope’s former Vicar General for the Diocese of Rome. The Commission is expected to report any findings to the Congregation, which has responsibility for any possible judgment on the case.