Our Lady of Pillar 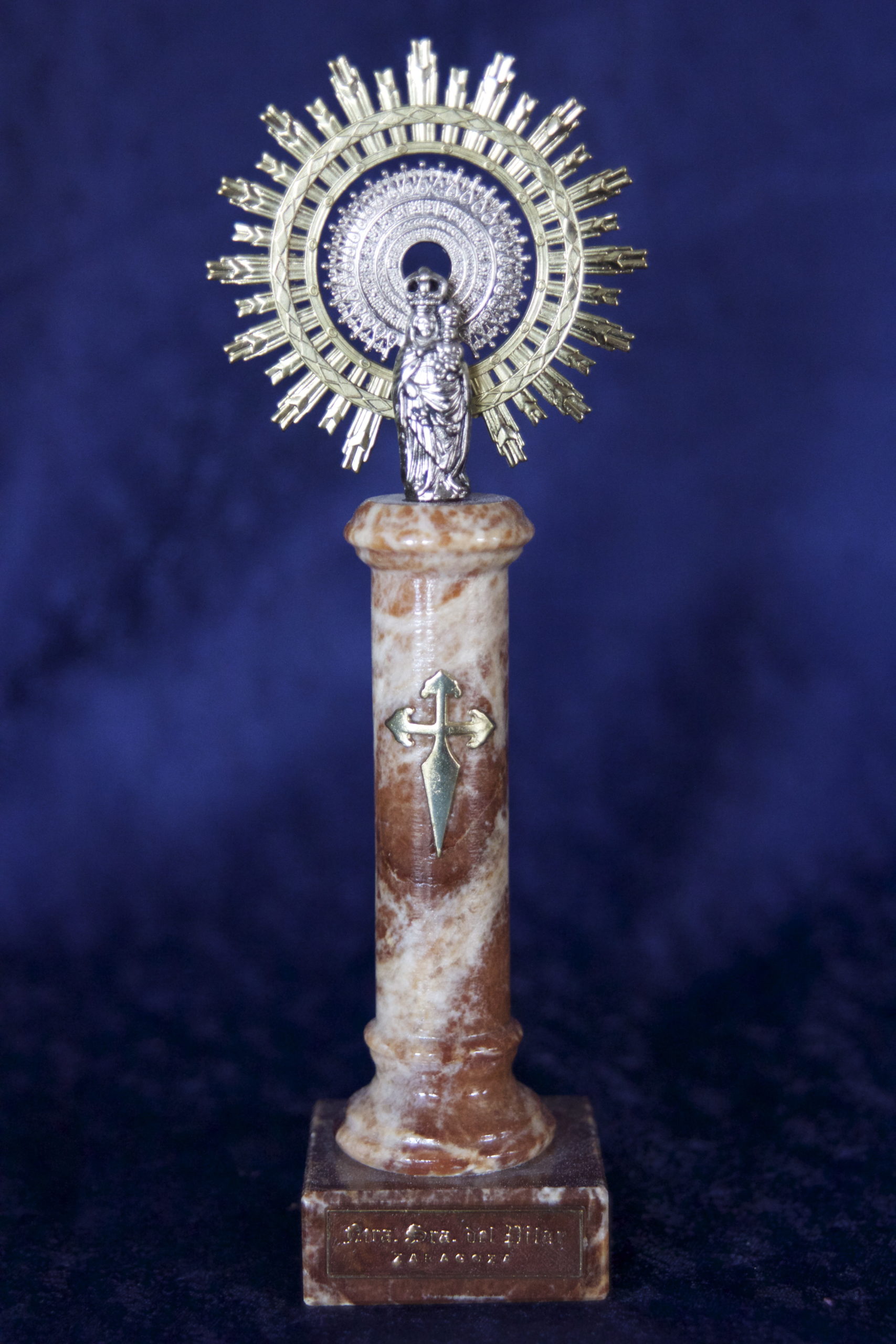 Our Lady of Pillar

According to tradition, on January 2, 40 AD, in the early days of the Church, James the Greater, one of the original Twelve Apostles of Jesus Christ, was evangelizing the Gospel in what was then the pagan land of Caesaraugusta, now Zaragoza. He was disheartened with his mission, making little progress having only few converts who had been travelling with him. In his despair, while praying by the banks of Ebro River, Mother Mary miraculously appeared before him and his group, comforting him and promised to help. Mary gave him a column or pillar as a symbol, being carried by angels with an image of the Mother on top. James was instructed to build a chapel on the spot where Mary left the pillar, a place where she and the pillar would dwell forever; so that by the grace of God, will marvel those who believed and asked in their hour of need. James returned to Jerusalem after establishing the church in Zaragoza and was ordered beheaded in 44 AD by King Herod Agrippa I. The land he left eventually became believers of Christ through the works of his disciples.

This is believed to be the very first apparition of Mary, and the only one before her Assumption. Mary was still living in Jerusalem at that time, and was believed to have appeared to James through bilocation. The church established by St. James is the very first church dedicated to Mother Mary in the history of Roman Catholicism. The pillar, now presently enshrined by the larger Basilica of Our Lady of the Pillar, is believed to be the same one given and promised by Mary, in spite of numerous disasters that beset the church. A fire burned down the church previous to the basilica in 1434. During the Spanish Civil War, two bombs hit and damaged the basilica but none exploded. The event was attributed as a miracle, and the deactivated bombs have been on display at the basilica premises since.

The image of the Blessed Virgin Mary may or may not be the original. Some report that the original wooden image was destroyed when the church burned down in 1434, contradicting the report that it is still the original statue. The statue of the Blessed Virgin Mary is made of wood and stands 39 centimetres tall while the 1.8 metres pillar is made ofJasper. The statue depicts Mother Mary with the baby Jesus on her left arm, who has a dove sitting on his left palm. Since the 16th century, the pillar is usually draped by a skirt-like cover called manto (in English: mantle).

For centuries, rivers of pilgrims have continued to visit the Shrine of Saragossa. Many have desired kissing the alabaster pillar used as a base for the image of the Blessed Virgin. It now presents a big hole made by the continuous kissing. The pillar is normally covered with beautiful and precious cloaks. Every day a new one is placed. She’s got more cloaks than days of the year. The 2nd, the 12th and the 19th of every month the pillar can be seen without a cloak. Only children before the age of first communion can kiss the cloak of Our Lady, as a sign of purity an innocence. They are brought to the image by the Infanticos, the altar servers of the Basilica, climbing up the stairs, sometimes with big babies in their arms, while the old ladies are holding their breadths.