Our Lady of Walsingham (Catholic) 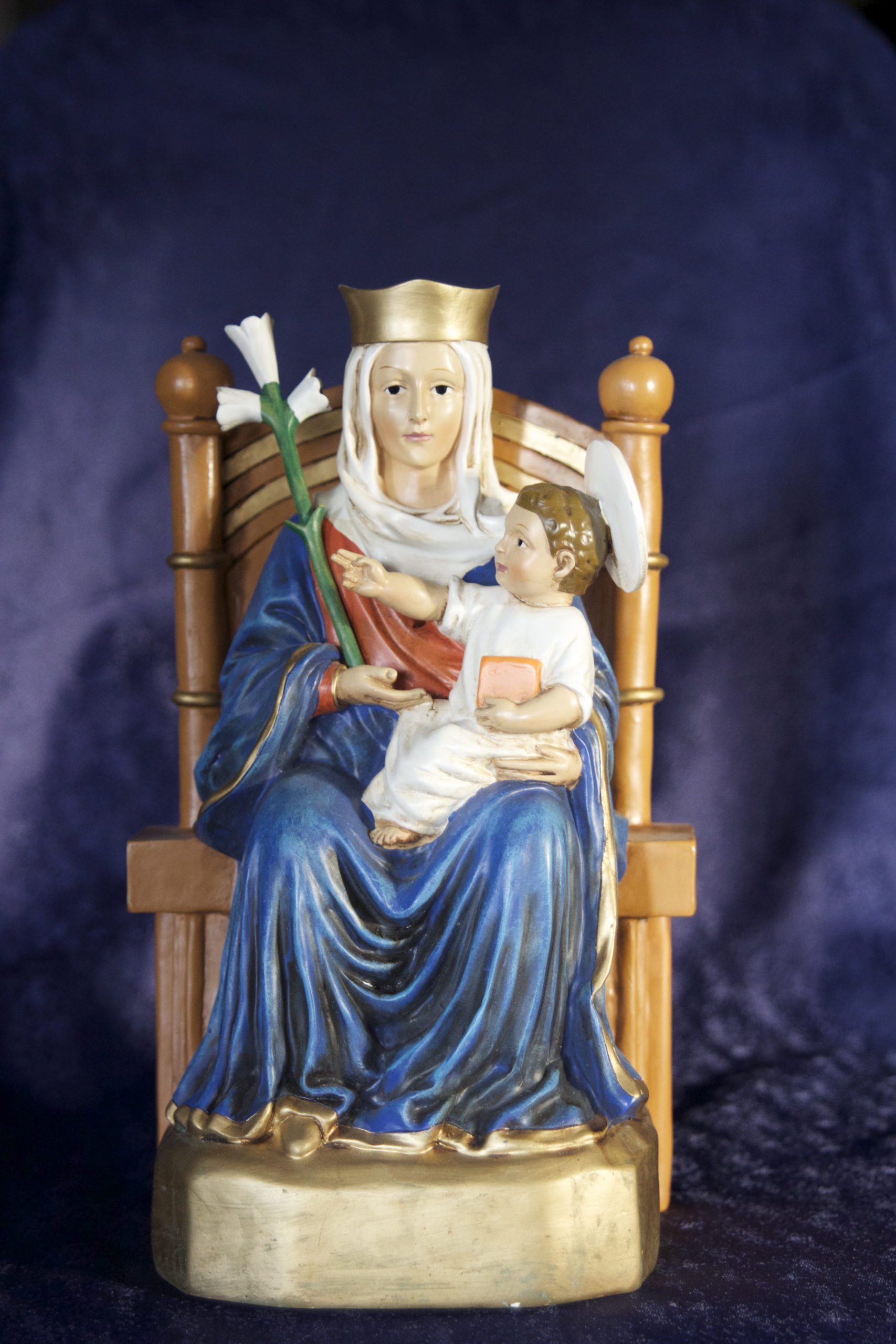 Our Lady of Walsingham (Catholic)

Hidden among the gentle hills in the soft light of rural Norfolk lies the ancient village of Walsingham where there is a shrine to the Blessed Virgin Mary; actually there are two, for the Anglicans have one next to the Catholic shrine. In the Middle Ages Walsingham was known throughout Europe as “Little Nazareth”.

In 1061 Richeldis de Faverches, Lady of the Manor of Walsingham, was saying her prayers when she received a vision of the Virgin Mary. This was followed by a twice-repeated vision of St. Joseph, Mary and the Child Jesus at Nazareth, during which the Lady of the Manor was commanded to build a replica of the Holy House, in which the Annunciation took place, on her own land for the use of the Crusaders as a focus for devotion. Richeldis gave instructions for the edifice, but the following night she was awakened by singing: she investigated and saw Angels departing and the Holy House had been miraculously built. Soon pilgrims began to arrive; Augustinian canons and Franciscan friars established houses by 1130 to care for the needs of visitors, both commoners and royalty. King Henry III became a patron of the Shrine in 1226. All along the road chapels were erected, the last of which, in the fourteenth century, dedicated to St. Catherine of Alexandria, patron Saint of the Holy Land pilgrims. This was known as Slipper Chapel. Here pilgrims, out of respect, would take off their boots and approach the Shrine either in slippers or barefoot.

In the sixteenth century, the Protestant Revolution swept across northern Europe and resulted in widespread iconoclasm. In 1538 the Shrine at Walsingham was destroyed and its statue of the Virgin transported to London and burnt. Subsequently the Slipper Chapel was used as a poor house, a forge, a cowshed and a barn.

Under the Catholic Emancipation Act of 1829, freedom of worship was restored. In 1863 Charlotte Pearson Boyd purchased the old Slipper Chapel and in the following year Pope Leo XIII gave permission for the restoration of the original Catholic Shrine. On August 20, 1897 the first public pilgrimage here from Kings Lynn took place. So by the end of the nineteenth century the little Norfolk village was once more home of the Catholic Shrine of Our Lady.

In August 1934 Cardinal Bourne led the Catholic bishops of England and Wales and ten thousand pilgrims to the Slipper Chapel, and from this date it became the official Roman Catholic National Shrine. The four hundredth anniversary of the shrine’s destruction was commemorated in 1938 by a Pilgrimage of Catholic Youth, and in 1948 fourteen oak crosses were set up in the garden. There is a tradition for pilgrims to walk the last mile here barefoot.The Slipper Chapel contains a magnificent stone statue of the Virgin carved by Marcel Barbeau and crowned by the Papal Representative, Archbishop O’Hara, on the Feast of the Assumption in 1954. The statue was taken to Wembley to be blessed by Pope John Paul II when he visited England in 1982. Every year, on the Feast of the Birth of Our Lady, September 8, the statue of Our Lady of Walsingham, is carried for several miles in a procession which begins at the Slipper Chapel. Of the original structure, all that is left is an arch and the Augustinian monastery.