Our Lady of Lichen 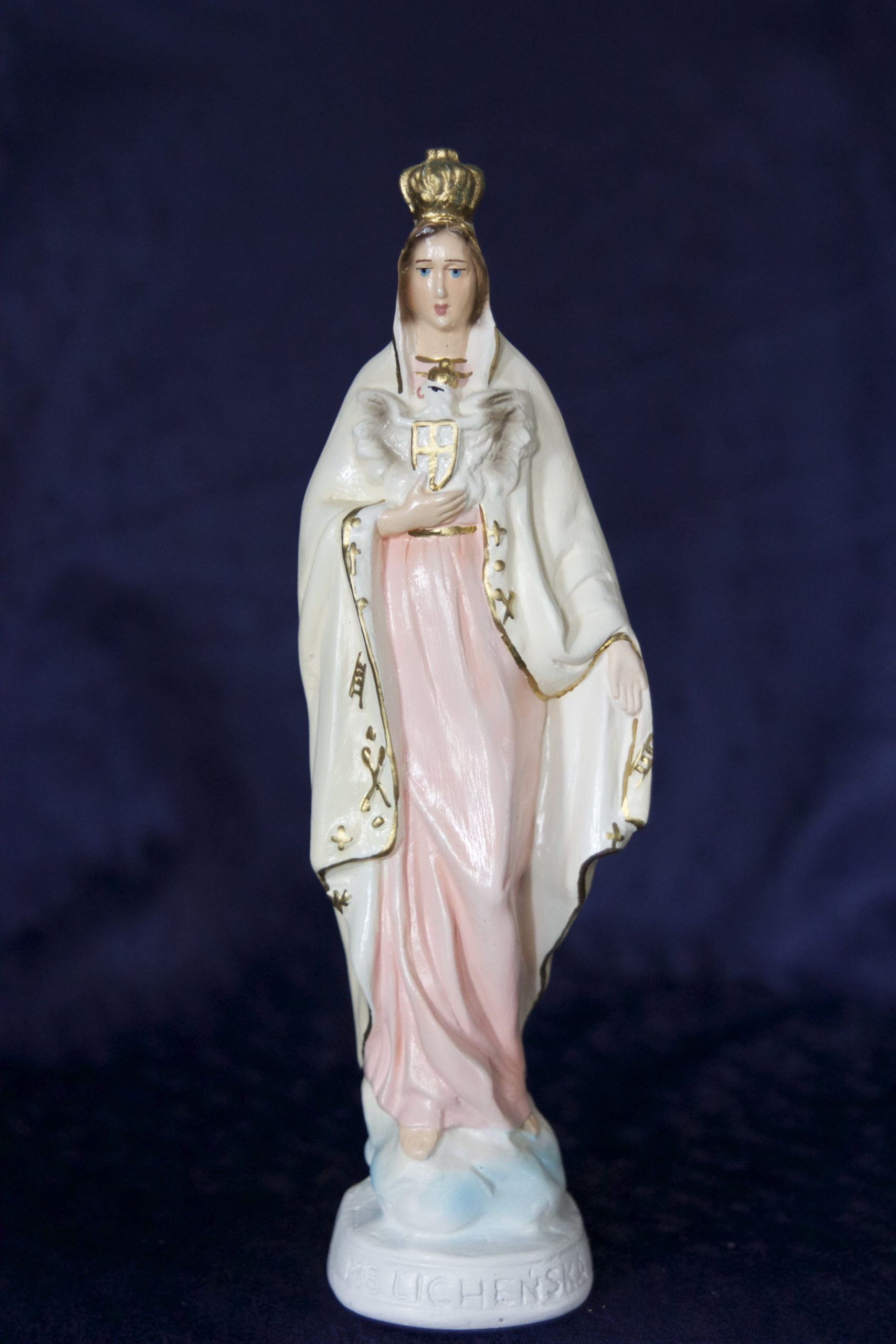 Our Lady of Lichen

In Lichen in Poland, where Our Lady is honoured as “The Sorrowful Queen of the Church and the World.” This shrine is one of Poland’s most important pilgrimage shrines and attracts over 2 million pilgrims per year.

Historically it is believed that in the mid -19th century, there was a series of apparitions of Our Lady in Lichen whereby She came with a message of consolation, but also with a warning to mankind which was soon to face the tribulations of two great world wars along with other regional conflicts, famines etc.

Here in this heavenly shrine in Lichen, some of the greatest miracles are taking place in human souls, with conversions by the thousands, a change of lives for sinners, momentous reconciliations in families, help in marriage, friends and neighbours who have been at war with one another over last wills, land, and something that might have been said over 50 years ago. Here at this shrine many important decisions in life have been and are being taken, vocations to the many forms of mission, to the priesthood and religious life. Here man is “able” to reconcile with his fellow-man, himself, and with God. The forte if you like of this shrine is the devout celebration of the liturgy 24 hours per day, 7 days a week with all night adoration, prayers, etc, but more that anything else, is the availability and time for a “general confession” whereby one makes a confession about their whole life and how they might have gone wrong, wronged others, and sinned before God. There is a lot of healing in this and one learns to forgive oneself and move on, upwards with quantum steps toward heaven. That special grace of maturity abounds in this wonderful sacrament of confession, because more than anything else, it causes us to practice humility at its most profound level.

Over the years devotion grew to Our Lady of Lichen as the number of recorded miracles and graces grew. In 1965 Pope Paul VI issued an edict announcing the conformation of the gracious image of Our Lady of Lichen as miraculous and ordered its crowning with the Pope’s crown. On August 15th Cardinal Stephan Wyszynski helped by Cardinal Karol Wojtyla solemnly crowned the image of Our Lady, Queen of Poland, in Lichen.

The Sanctuary of Our Lady of Lichen is the largest church in Poland, the seventh largest in Europe and the tenth largest in the world. It was constructed from 1994 through 2004 covering an area 120 m long and 77 m wide. Pope John Paul II, the Great, blessed the cornerstone in 1999 and it was built in great splendour to house the miraculous image of Our Lady, Queen of Poland. On the day it opened, it was paid for, with all the pennies that had been contributed over the years under the stewardship of Father Eugeniusz Makulski. The Shrine is run by the Marian Fathers of the Immaculate Conception, which were founded by Blessed Stanislaus Papczynski, and who was beatified in this Shrine on the 16th of September 2007.