Our Lady of Aparecida 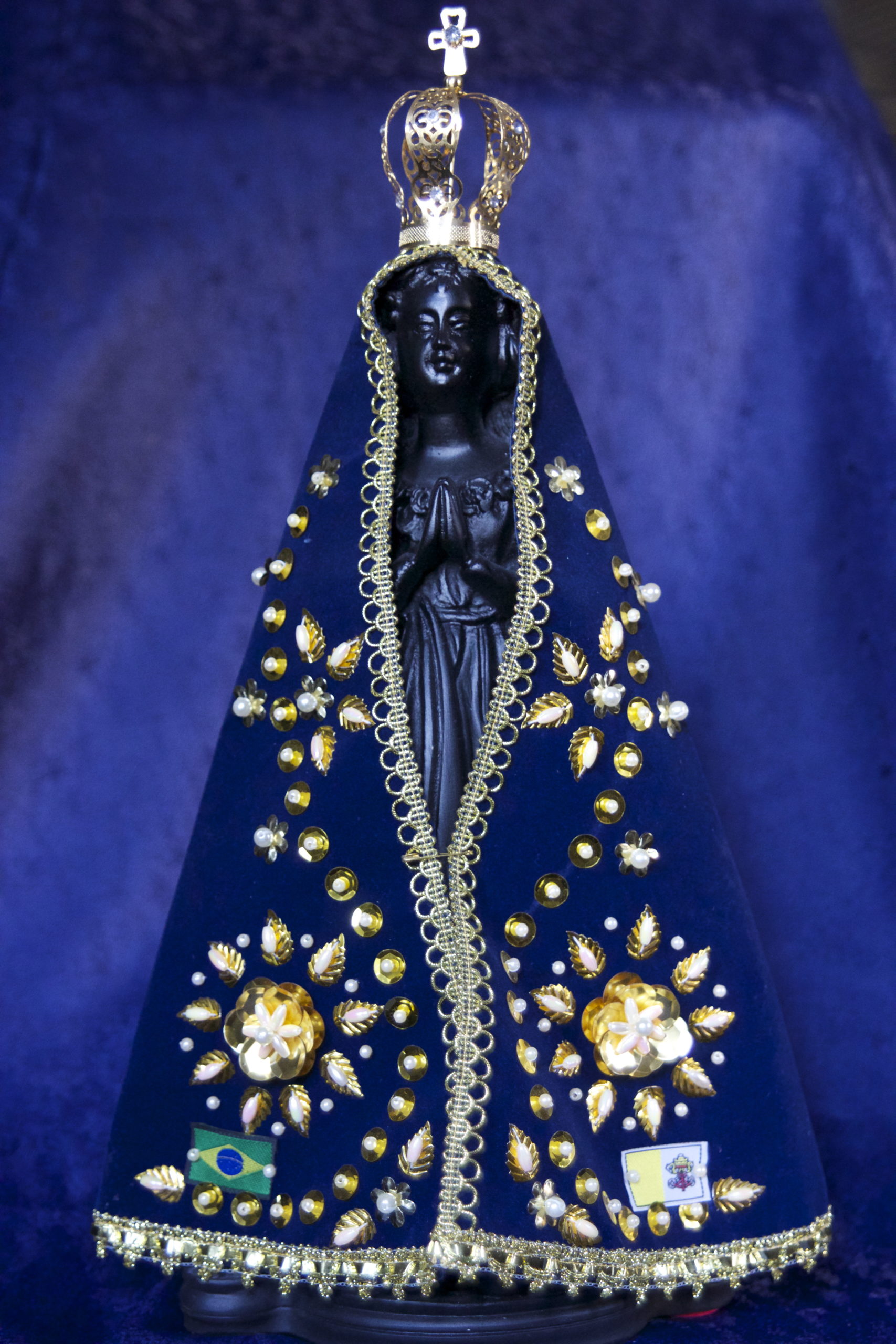 Our Lady of Aparecida

The official account of the Aparecida apparition took place in October 1717, when Dom Pedro de Almeida, Count of Assumar and Governor of the Province of São Paulo and Minas Gerais, was passing through the area of Guaratinguetá, a small city in the Paraíba river valley, during a trip to Vila Rica, an important gold mining site. The people of Guaratinguetá decided to hold a feast in his honour, and though it was not fishing season, the fishermen went down to the Paraíba waters to fish for the feast. Three of the fishermen, Domingos Garcia, João Alves, and Filipe Pedroso, prayed to Our Lady of the Immaculate Conception, and asked God’s help. They were unable to catch any fish, and after several hours in the river, they were ready to give up when João cast his net once more near the Port of Itaguaçu. Instead of fish, he hauled in the body of a statue with a missing head. They cast their net again, and brought up the statue’s head. After cleaning the statue, they found that it was a black version of Our Lady of the Immaculate Conception. Legend has it that when the fishermen recovered the body, then the head, the slender figure of the Aparecida Virgin became so heavy that they couldn’t budge it. After that, they named their find Our Lady of the Appeared Conception, wrapped it in cloth and continued to fish; now their catch was so great that they returned to port because the weight of the fish threatened to sink their craft. This was the first miracle attributed to Our Lady of Aparecida.

While it is not known why the statue was at the bottom of the river, it is known who made it. According to most sources, the statue had been sculpted by Frei Agostino de Jesus, a monk from São Paulo known for his artistic skills in making sacred images. The three foot tall image was made around 1650, and must have been underwater for years, once it lost its original polychromy. The image has a dark brown color, as it was sculpted in clay (resulting in many of its replicas being painted black), and it is covered by a stiff dark blue robe of richly embroidered thick cloth with golden clasps, and wears an imperial crown which was added in 1904. Only her face and hands can be seen. Devotion to the statue grew rapidly, particularly among Afro-Brazilians, not only for its black Madonna status, but also because one of the first miracles attributed to the image was reportedly performed to an enslaved young man. Over the years following its apparition, veneration of the Virgin invoked as Aparecida increased as many miracles were attributed to her.