Our Lady of Sterre der Zee 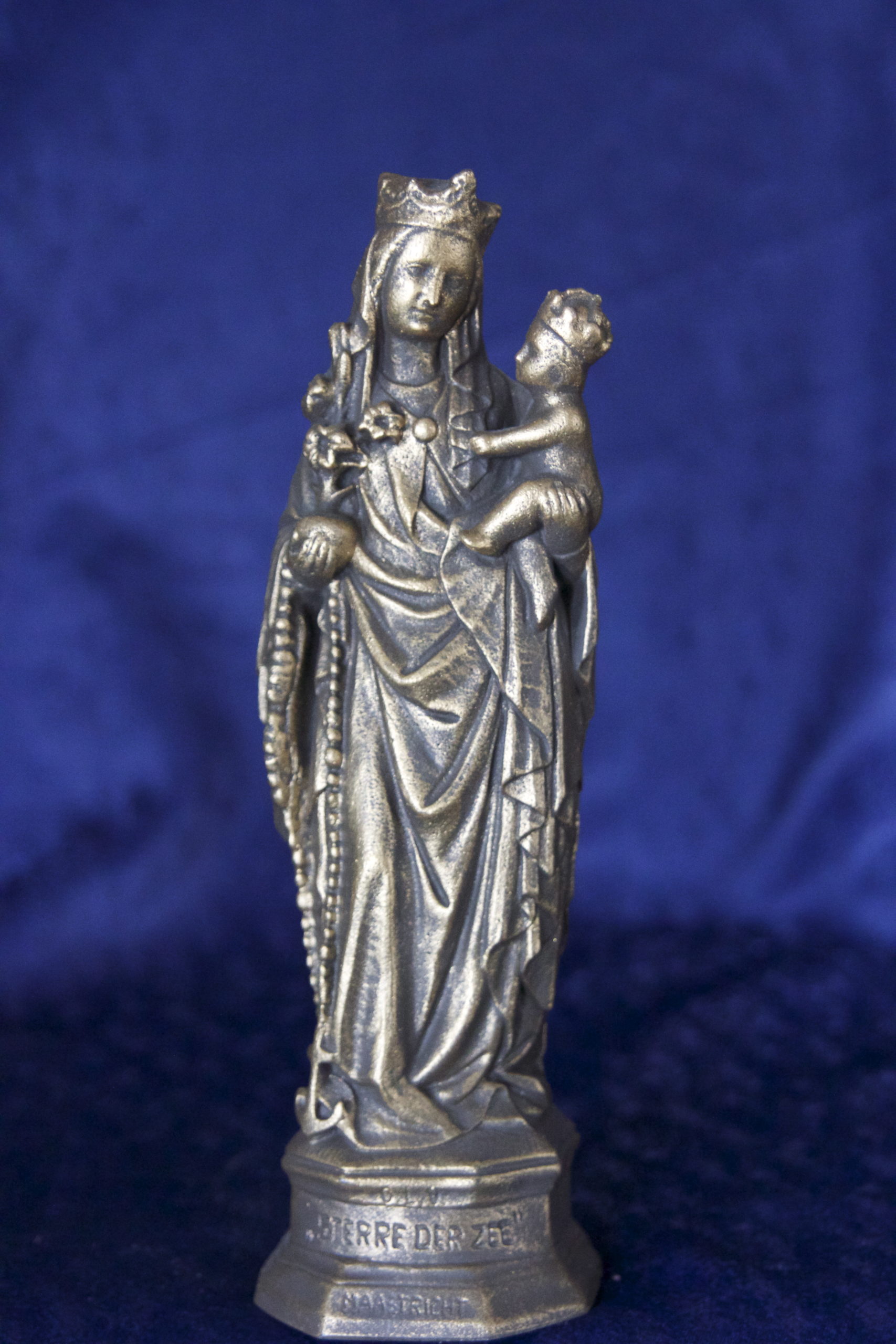 Our Lady of Sterre der Zee

Star of the Sea (Sterre der Zee) is an ancient title for the Virgin Mary. Scholars say that Mary in Hebrew, Miriam, means star of the sea. These words are translated into the Latin title Stella Maris, first reliably used with relation to the Virgin Mary in the ninth century. The title was used to emphasize Mary’s role as a sign of hope and as a guiding star for Christians. Under this title, the Virgin Mary is believed to intercede as a guide and protector of those who travel or seek their livelihoods on the sea.

The Basilica of Our Lady (Onze-Lieve-Vrouwebasiliek-Tenhemelopneming) is a Romanesque church dedicated to Our Lady of the Assumption in Maastricht, The Netherlands. The church is often referred to as the Star of the Sea, after the church’s main devotion, Our Lady, Star of the Sea. The site was once occupied by a Roman temple. It is not unlikely that the town’s first church was built here and that this church in the 4th century became the cathedral of the diocese of Tongeren-Maastricht.

The present church is largely Romanesque. Blocks of stone from the ancient Roman walls were re-used for the westwork which dates from shortly after 1000 AD. Most of the church was built in the course of the 12th century. After the incorporation of Maastricht in the French First Republic in 1794, the cities religious chapters were dissolved and the church of Our Lady was used for all kinds of purposes by the military garrison. Until 1837 the church remained a blacksmith shop. Many of the church treasures were lost during this period. From 1887 to 1917 the church was thoroughly restored by the well-known Dutch architect Pierre Cuypers who basically removed everything that did not fit his view of the ideal Romanesque church.

The church’s main attraction for many people is the miraculous statue of Our Lady, Star of the Sea. The 15th century statue originally was housed in a chapel at the nearby Franciscan monastery. In 1801 it was moved to the former parish church of Saint Nicolas and after the closure of that church in 1837, the whole parish including the statue of the Star of the Sea moved to Our Lady’s. In 1903 it was placed in the chapel near the main entrance where it remains today and where it is visited daily by hundreds of worshipers. Once a year it is being carried around town in the city’s main religious procession.