Our Lady of Andacollo 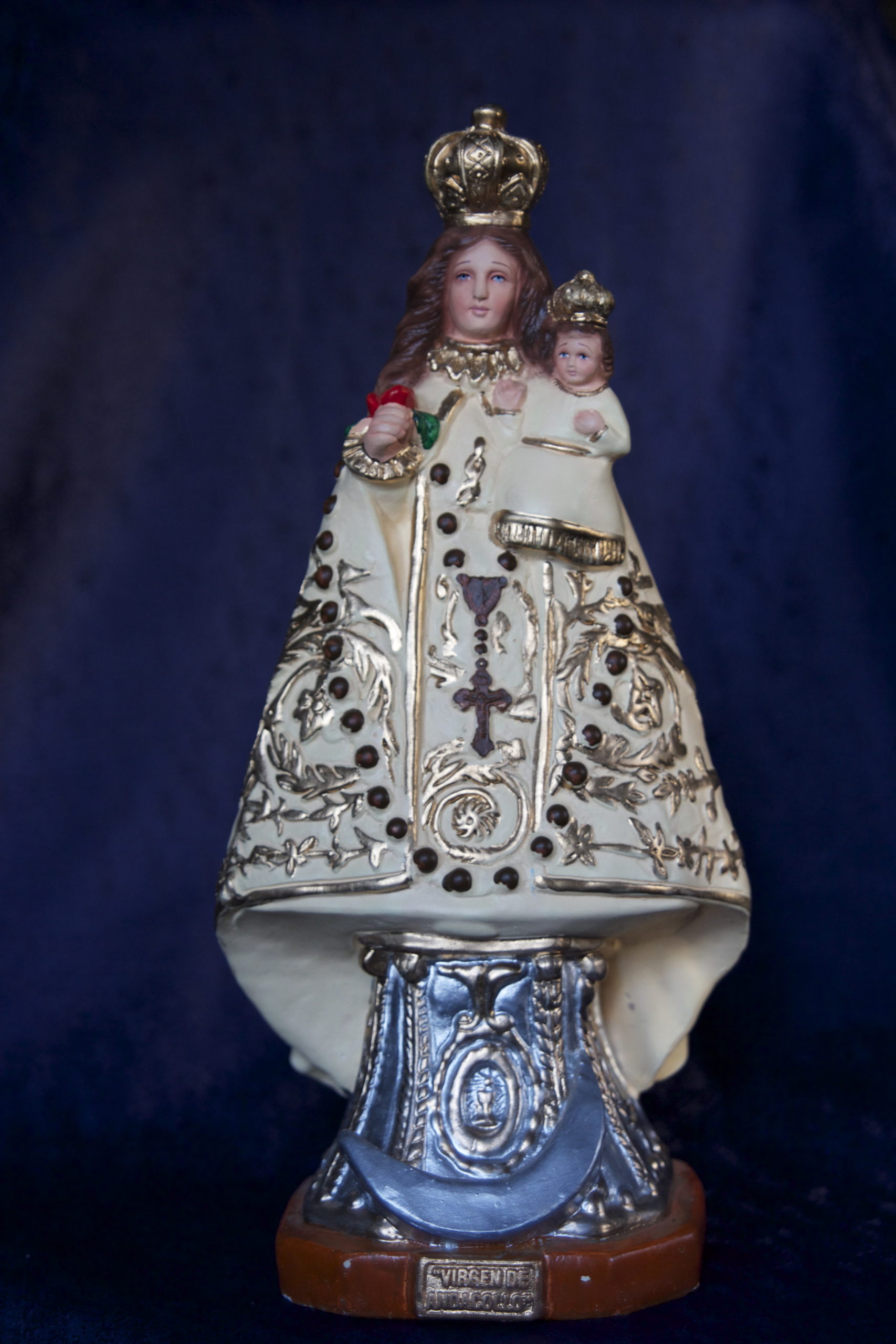 Our Lady of Andacollo

Our Lady of the Rosario of Andacollo is the only distinctly Chilean term for the Virgin Mary. The image dates back to a small statue found by an indigenous person near the mines of Andacollo at the beginning of the Conquest of Chile. Perhaps the image was left there by some soldier who had fled the destruction of La Serena in 1549.

On December 26, 1901, by decree of the Holy See, the statue of Our Lady of Andacollo was solemnly crowned, having been venerated for more than four centuries in the town that bears her name. In recognition of devotion beyond the borders of Chile, Cardinal Mariano Rampolla del Tindaro decreed on June 15, 1899, in accord with the desires of Pope Leo XIII, that the holy image at Andacollo would be “crowned with a crown of gold.” In 1900, the Claretians assumed leadership of the sanctuary and implemented the decree.

The royal jewels for the “Chinita,” as the Virgin is called, and the Child Jesus in her arms were entrusted to the prestigious Maison Biais of Paris. Local fundraising largely paid for the crown. The town of Andacollo, with its verated image is visited by thousands from near and far, and is filled with colors, dances, and music performed by numerous Confraternities and dance groups, whose principal function is to carry and accompany the holy image during solemn processions.