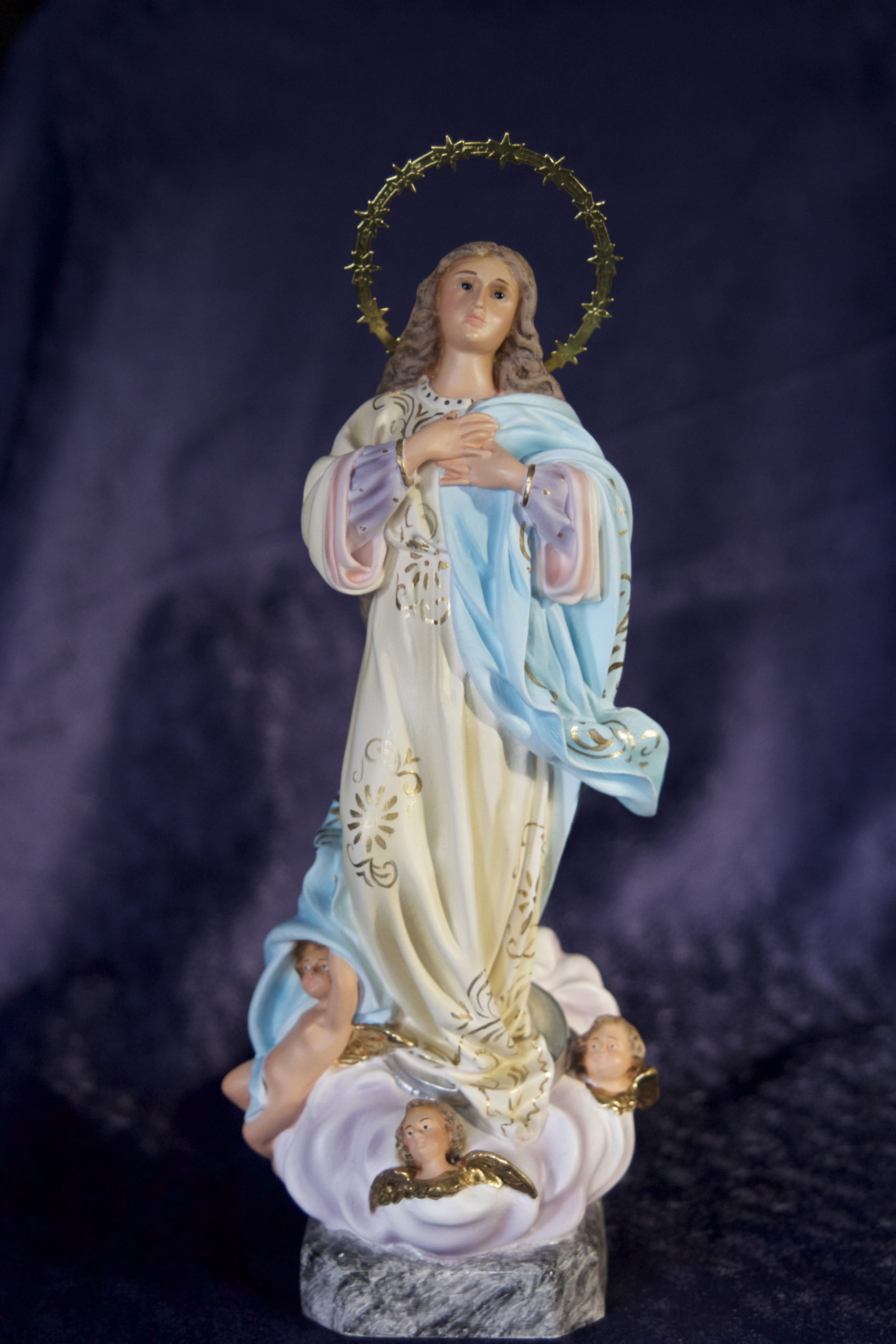 The Basilica of the National Shrine of the Immaculate Conception is a prominent Catholic basilica located in Washington D.C., honoring the Blessed Virgin Mary as Our Lady of the Immaculate Conception, the Patroness of the United States. It is the largest Catholic church in the United States, the eighth largest religious structure in the world, and the tallest building in Washington. An estimated one million pilgrims from around the country and the world visit the basilica each year. The basilica is located on Michigan Avenue in the northeast quadrant of Washington, on land donated by The Catholic University of America.

The church was built both to help the Catholic University of America gain more prominence and to create a national shrine dedicated to honor Mary, the Immaculate Mother of God. It took several years to raise the money necessary to create such a building, and in 1920 the site of the future church was blessed. A few months later the cornerstone was placed on the site; however, because there was not yet a builder at that point, actual construction did not begin until 1922. The Great Upper Church was dedicated in 1959, and in 1990 the church was named a minor basilica by Pope John Paul II. The beautiful church contains many chapels dedicated to different titles of Mary in both the Great Upper Church and the Crypt Church, including Our Lady of Mount Carmel, Our Lady of the Rosary, Our Lady of Lourdes, and Our Lady of Hope, among many others. There are also chapels dedicated to saints including St. Joseph, St. Catherine of Siena, St. Lucy, St. Susanna, and St. Dominic. Byzantine-Romanesque in style, its massive, one-of-a-kind superstructure is home to over 70 chapels and oratories that relate to the peoples, cultures and traditions that are the fabric of the Catholic faith and the mosaic of our great nation. The Basilica also houses the largest collection of contemporary ecclesiastical art on earth.