Our Lady of Mariazell 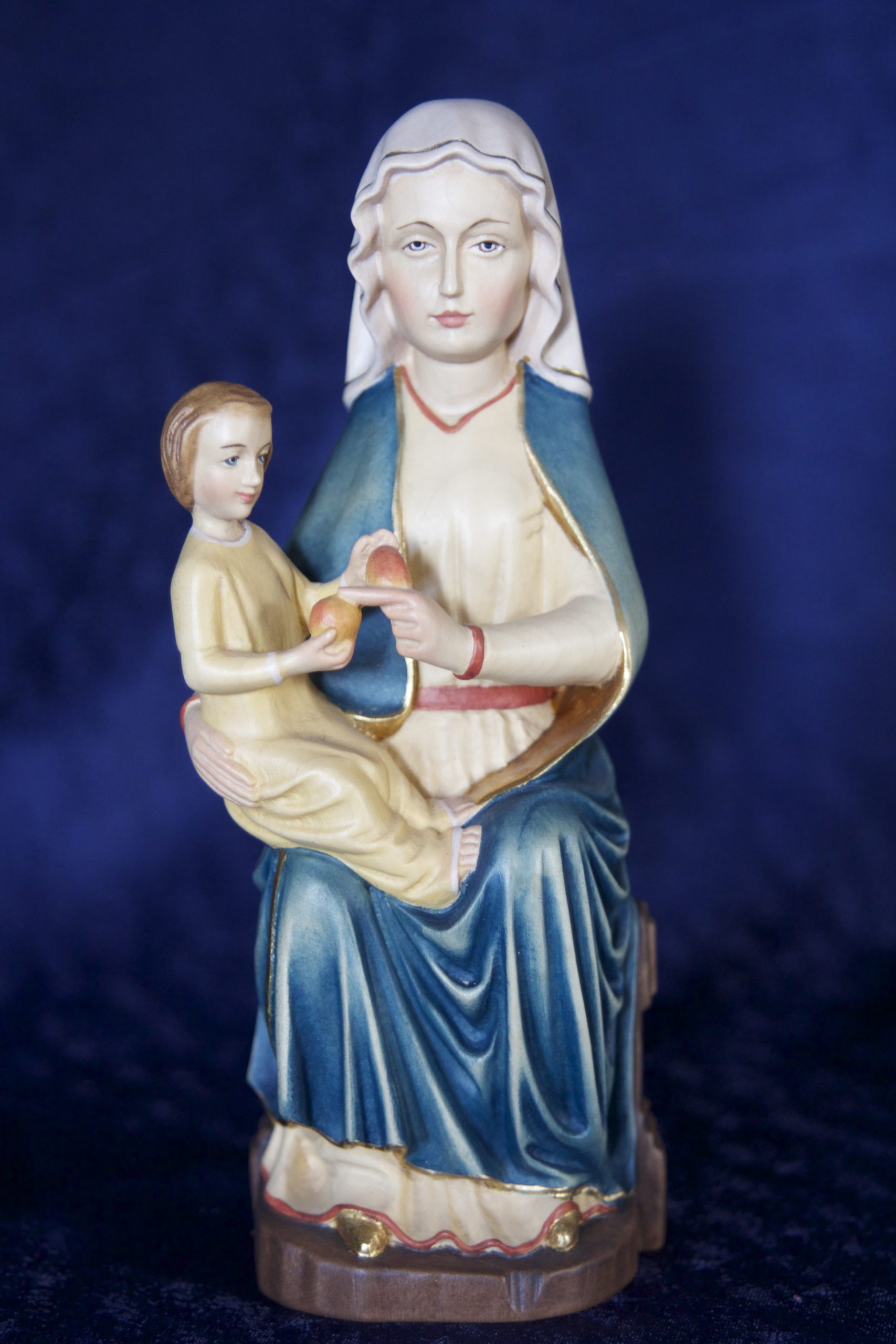 Our Lady of Mariazell

On the evening of December 21, 1157, a Benedictine monk named Magnus was in a forest looking for a place to build a monastery. At one point, his path became blocked by a huge boulder that was too big to go over or around, so Magnus took a small wooden statue of the Virgin Mary he had in his knapsack, knelt in prayer, and asked the Virgin Mary for guidance. Soon there was a great rumble and the rock split in two, allowing him to pass through. Magnus placed the statue reverently on a white branch and soon after, he and some of the local people built a small chapel to house the statue. Word of the miraculous statue of the Virgin quickly spread across the countryside, and the chapel had to be periodically expanded to accommodate the growing crowds.

Henry Margrave of Moravia and his wife, having been healed of severe gout through the help of Our Lady of Mariazell made a pilgrimage to that place around 1200. There they built the first stone church on the site of the wooden chapel. Still more pilgrims began to visit after about 1330, when a Zellfahrt (“Zell journey”) was introduced as a form of atonement for criminals.

After a victorious battle of the Hungarian King Ludwig I over a numerically superior Turkish army, out of thanks he built the gothic church in 1363, and endowed it with the “Schatzkammerbild” (“treasury image“) that he saw laid upon his chest in a dream. The large church of which the chapel forms part was erected in 1644 as an expansion. The older part of the building, built in 1690, contains the Gnadenkapelle. This chapel sits on the site of the first “cell” and holds a Late Romanesque miraculous image of the Virgin Mary – the “Magna Mater Austria” – a 48 cm tall statuette made of linden.

To mark the 750th anniversary of the shrine’s founding, Pope Pius X granted a plenary indulgence to those who visited Mariazell in 1907. The same year, the statue of Our Lady of Mariazell was crowned and the church was designated a Minor Basilica. The Shrine of Mariazell celebrated its 800th anniversary in 1957 and Pope John Paul II visited on pilgrimage on September 13, 1983.