Our Lady of the Dew 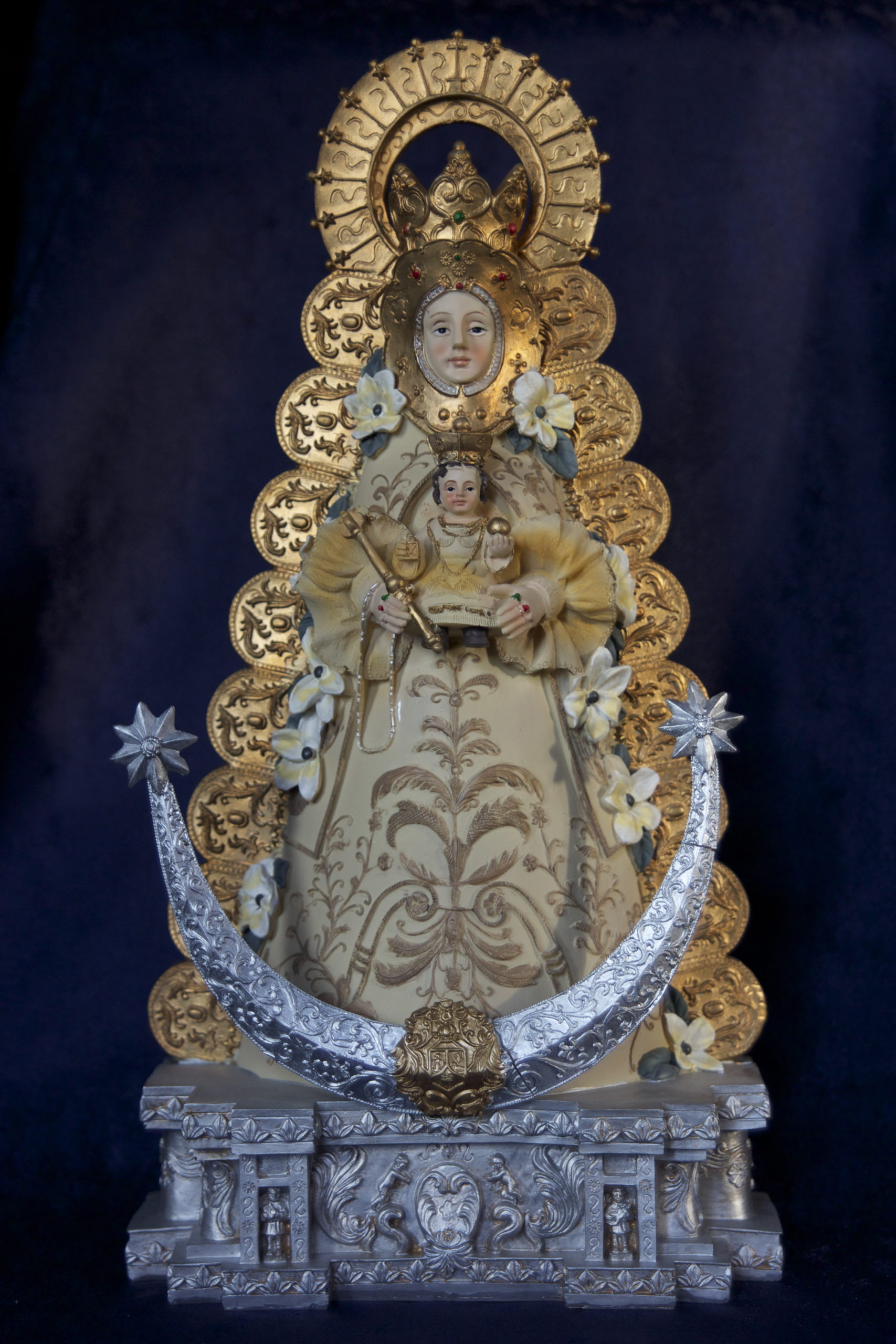 Our Lady of the Dew

The history of Our Lady of the Dew begins in the fifteenth century, when a hunter approached the great woods near the village of Almonte. After walking three leagues to the town, he was extremely tired. There in the forest beside the tree of the apparition, covered with dew, was the statue exactly as the hunter had found it. The beauty of the statue was immediately appreciated by all. Despite the dampness of the weather , the people were amazed that it had remained in excellent condition.

Devotion to Our Lady of the Dew has been vigorous from the time of her discovery. Wearing a superb crown, she is constantly venerated in her famous sanctuary, where processions often take place – particularly on every Monday of Pentecost. With the passage of time the original chapel in the woods fell into disrepair, but was later rebuilt in a splendid fashion, with the trunk of the tree being carefully retained.

The week before Pentecost, the hamlet of Rocio in the Andalusian countryside honors Our Lady in one of Spain’s biggest feasts, the pilgrimage to El Rocio. Nearly one million people travel to the marshes near the mouth of the Guadalquivir River to pay homage to the Virgen del Rocio in a week long celebration of praying, singing, eating and dancing.

Over the centuries the Pentecost procession and feast to honor the Virgin became more and more widespread. Today, hundreds of ‘brotherhoods’ from surrounding villages and towns organize the processions. Travelers come from all over Andalusia on foot, on horseback or in the traditional wagons. No motorized vehicles are allowed. Most of these pilgrims wear the traditional Andalusian clothing, the women in bright flamenco dresses and the men in their wide-brimmed hats and short-cropped jackets called ‘boleros’. Around their necks are the traditional pilgrim silver medals on a green ribbon.