Our Lady of Akita 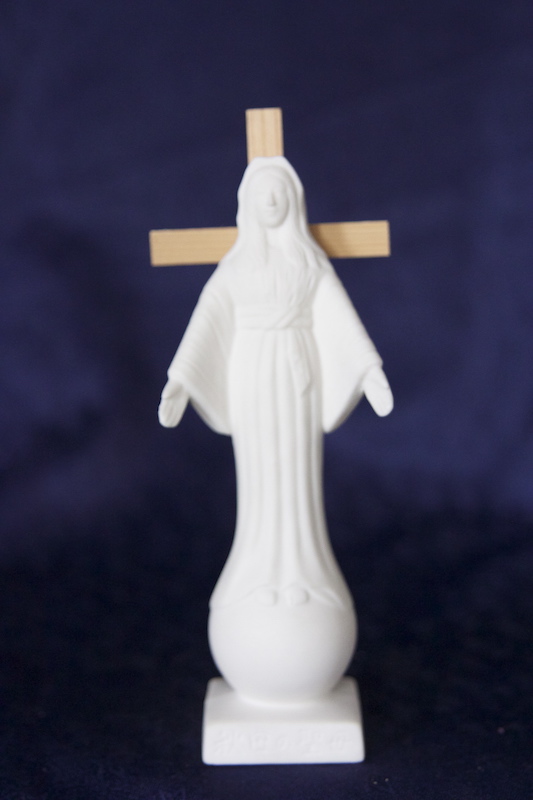 Our Lady of Akita is the title of Marian apparitions reported in 1973 by Sister Agnes Katsuko Sasagawa in the remote area of Yuzawadai, near the city of Akita in Japan. The messages emphasize prayer and penance. Sister Sasagawa stated that the Virgin Mary told her: “Pray very much the prayers of the Rosary. I alone am able still to save you from the calamities which approach.”

An unusual nature of the apparitions was that unlike other case, the entire nation of Japan was able to view the tears of the statue of the Virgin Mary on national television.

For several decades, Agnes Sasagawa had encountered many health problems as a result of a poorly performed appendix operation and was immobile for over a decade. Her health reportedly improved after drinking water from Lourdes. After going totally deaf, she went to live with the nuns in the remoteness of Yuzawadai in Akita prefecture.

In 1973 Sister Agnes reported apparitions of the Virgin Mary, as well as stigmata and a weeping statue of the Virgin Mary which, it is said, continued to weep over the next 6 years on 101 occasions. The nuns at Yuzawadai also reported stigmata on the statue, as well as on the hands of Sister Agnes. The stigmata on the statue is said to have appeared before the tears started, and disappeared after the tears.

Sister Agnes only reported three messages from the Blessed Virgin during 1973, but the Virgin Mary Statue is reported to have continued to weep thereafter. The statue of the Virgin Mary at Akita is carved from a single block of wood from a tree and is about three feet tall. Sister Agnes reported that she first heard the statue calling her, and then the first message began.

During a Sunday Mass in 1982, Sister Agnes was totally cured from her deafness. Bishop John Shojiro Ito of the Roman Catholic Diocese of Niigata who had been an eyewitness to some of the events at Akita initially approved the apparition in 1984. In 1988 he went to Rome to consult with Cardinal Joseph Ratzinger (who later became Pope Benedict XVI). As the Prefect of the Congregation for the Doctrine of the Faith Cardinal Ratzinger formally approved Our Lady of Akita as supernatural and worthy of belief.

According to Japanese officials, the Diocese of Sendai, about 90 miles from the Akita shrine was the hardest hit area in the 9.0 magnitude Tōhoku March 2011 earthquake, the strongest in the recorded history of earthquakes in Japan. Akita prefecture experienced fire damage and flooding as a result of the earthquake, as did other parts of northern Japan.