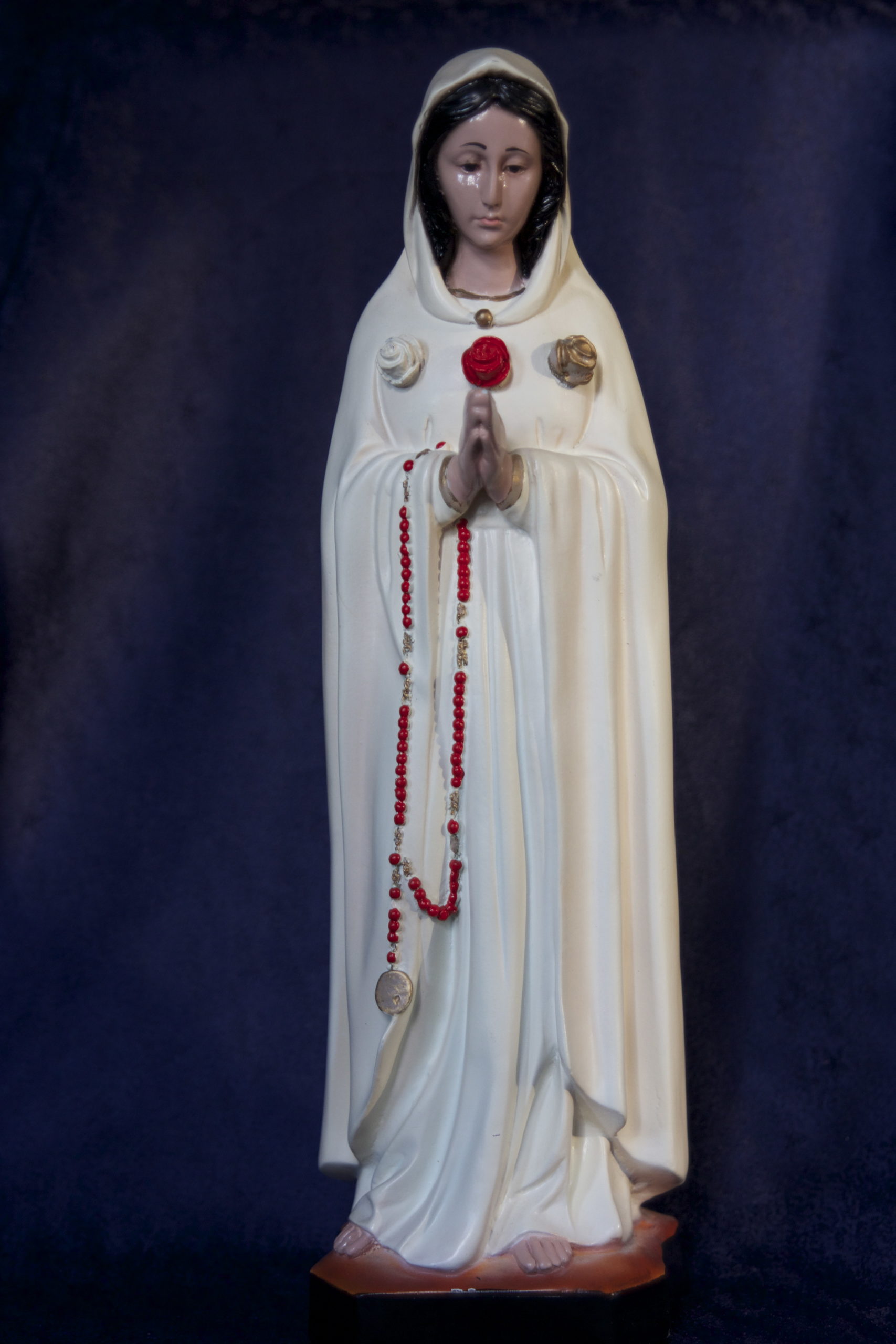 The apparitions of Our Blessed Mother under the title of “Rosa Mystica” (Mystical Rose) at Montichiari in Northern Italy to a humble Italian woman, Pierina Gilli, have great significance for our times. The original purpose of these appearances of Our Blessed Mother was the reform of the clergy and religious houses. By appearing with the two children of Fatima, Francisco and Jacinta, on December 7, 1947, (the sixth apparition) in the parish church, she showed that her appearance under the title of “Rosa Mystica” was a continuation of the message of Fatima. She once again urged us to pray the Rosary and do penance.

Pierina Guilli was born on August 3, 1911, at Montichiari and worked as a nurse in the hospital there. The first time the dear Mother of Christ appeared to her was in a room of the hospital in the spring of 1947. Our Lady, a beautiful woman, wore a violet dress with a white veil around her head. She was very sad, her eyes were filled with tears, which fell to the floor. Her breast was pierced by three big swords. Our Lady said, “Prayer – Penitence – Expiation” and was silent.

On July 13, 1947, Our Lady again appeared in the hospital on Sunday morning. This time she was dressed in white and instead of the three swords, she had three roses: a white one, a red one, and a golden one. Our Lady explained to Pierina the meaning of the three swords and the three roses. The first sword means loss of the vocation as a priest or a monk. The second sword means priests, monks, and nuns who live in deadly sin. The third sword means priests and monks who commit the treason of Judas. While giving up their vocation, they often lose also their faith, their eternal beatitude, and become enemies of the Church. The white rose means the spirit of prayer. The red rose means the spirit of expiation and sacrifice. The yellow or golden rose means the spirit of penitence. She told Pierina, “I am the Mother of Jesus and the Mother of all of you. Our Lord sends me to bring a new Marian devotion for all male and female institutes, religious orders, and secular priests. I promise those religious institutes, orders and secular priests who venerate me in this special way my special protection, an increase of spiritual vocations, few betrayed vocations, and great sanctity among the servants of God. I wish the 13th day of each month to be celebrated as the day of Mary. On the 12 preceding days, special prayers of preparation should be said.”