Our Lady of Peace 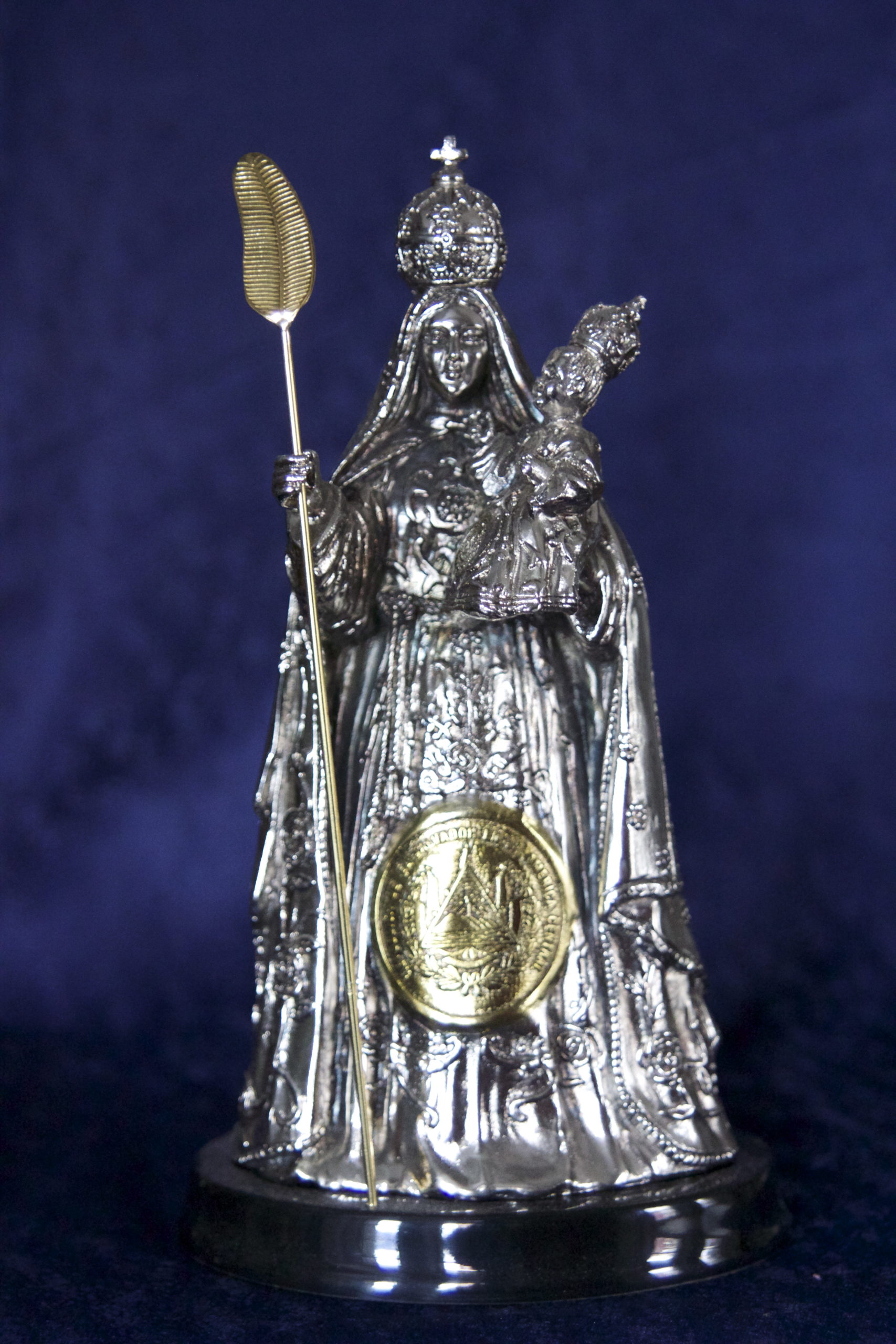 Our Lady of Peace

She is the Patron saint of El Salvador, her feast is celebrated on 21 November. According to legend, back in 1682, when some merchants were in the Salvadoran town of Mar del Sur, found on the shore an abandoned box, so well sealed that could not open it with their tools. Confident that contained something valuable, they moved to the city of San Miguel, where there were more possibilities open. Box tied the donkey’s back and began the long and dangerous journey to get to the city on 21 November. With the intention of securing the property of possible treasure, went first to the local authorities to account for the finding, when passing in front of the parish church, Cathedral today, the ass lay on the earth determined not to move from there. Without effort they opened the box containing a beautiful image of Our Lady and Child in her arms.

The origin of this image is still a mystery as it never was known for whom the box was intended, or how it came to reach the beaches of El Salvador. It is said that a hard and bloody struggle was going on between the inhabitants of the region, but when they heard of the marvelous discovery in the abandoned box, they put down their weapons and immediately ceased fighting. It is also related that during the 1833 fratricidal struggles, when everyone expected a blood bath, the victorious side – instead of taking reprisals – had the blessed image placed in the atrium of the parish church. At the feet our Our Lady, a solemn vow was made to keep no grudges and to erase all hatred from the hearts so that peace would bring about brotherhood and reconciliation. This is why the image was given the beautiful title of Our Lady of Peace, whose liturgical celebration is held on November 21 in memory of its arrival at San Miguel.

The frightened inhabitants of San Miguel placed the image of Our Lady of Peace in the front door of the Cathedral and at the same moment the sharp lava flow changed direction, away from the city. In the exact spot where the lava turned the tide there is a town called “Miracle of Peace.” This happened on September 21, 1787 and that day everyone saw the blue sky as the smoke from the volcano was a palm. Viewing this as a signal under the Virgin, the people decided to put him in the hand a golden palm, similar to what had looked into the sky.

The image of Our Lady of Peace is regular size. Carved in wood and dressed in clothing, embroidery has been in front of the skirt of her white dress, the national emblem of the Republic of Salvador. The image carries in her right hand a golden palm in memory of the eruption of Chaparrastique, which threatened to plunge the city into a sea of molten lava. Benedict XV granted the canonical coronation of the image, which was held on November 21, 1921. The goldsmith who made the crown of the Virgin used 650 grams of gold and many precious stones, among which stands a large emerald surrounded by diamonds. The new church dedicated to Our Lady of Peace was completed in 1953.