Our Lady of Begoña 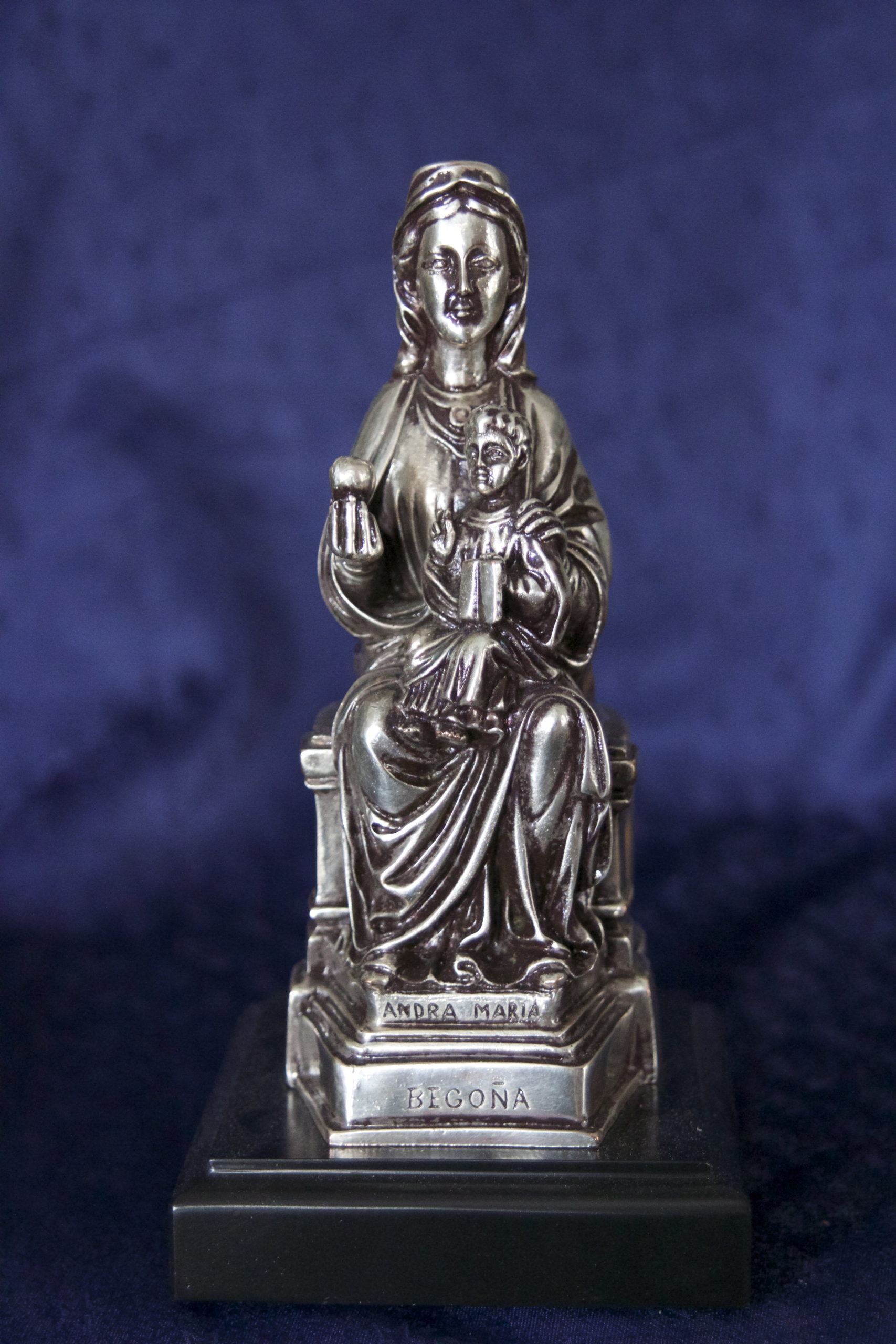 Our Lady of Begoña

The cult of Our Lady of Begoña (Nuestra Señora de Begoña, la Madre de Dios de Begoña) celebrates an apparition of the Virgin Mary at the site of the Basilica of Begoña, in Bilbao, Spain. Affectionately called “Amatxu” (meaning “mother” in Basque), she is said to have appeared to local people in the early 16th century. Pius X declared her the patron saint of Biscay in 1903. Begoña or more puristically but also more rarely spelled Begoina, meaning “the lower foot” (of Mount Artxanda), is a historical municipality of Biscay (Basque Country) that was incorporated to Bilbao in 1925. Begoña is also a popular name of women in the Basque Country (and also in some other Spanish-speaking areas).

The Basilica of Begoña was built in Basque Gothic style in 1519; extended in 1588.It is very popular among Bilbao dwellers and was built in gothic traces by Sancho Martínez de Arego. In the high altar’s Neoclassical altarpiece, there is the Virgin’s Chamber. The façade was built in Renaissance style, with a big triumphal arch. The belfry was added in the 20th century. The clock tower houses 24 bells, with the heaviest weighing a tonne, and were built in Sumiswald, Switzerland. The history of the clock tower dates back to 1922, and currently, seven different melodies can be produced.

From the basilica de Begoña you have an unrivalled view of the town. However, for the inhabitants of Bilbao, the place is a primarily a sanctuary. It accommodates Our-Lady-of-Begoña, the Patron Saint of Biscaye. The statue of the Saint has been extremely well preserved in a sliver camarín, above the high-altar.

The “La Salve” (Spanish for “salute” or “pray to the Virgin Mary”) quarter of Bilbao is so named because it is the first point where sailors returning up the river Nervión, which passes through the city, were able to see the basilica’s steeple. As a result, they would start to pray to the Virgin Begoña here, thanking her for having looked after them during their time at sea.

The major festivals take place every 15 August (Assumption of Mary), and 11 October, the saint day of Begoña. Midnight mass is celebrated on these occasions, with pilgrimages taking place as locals and visitors go to worship.