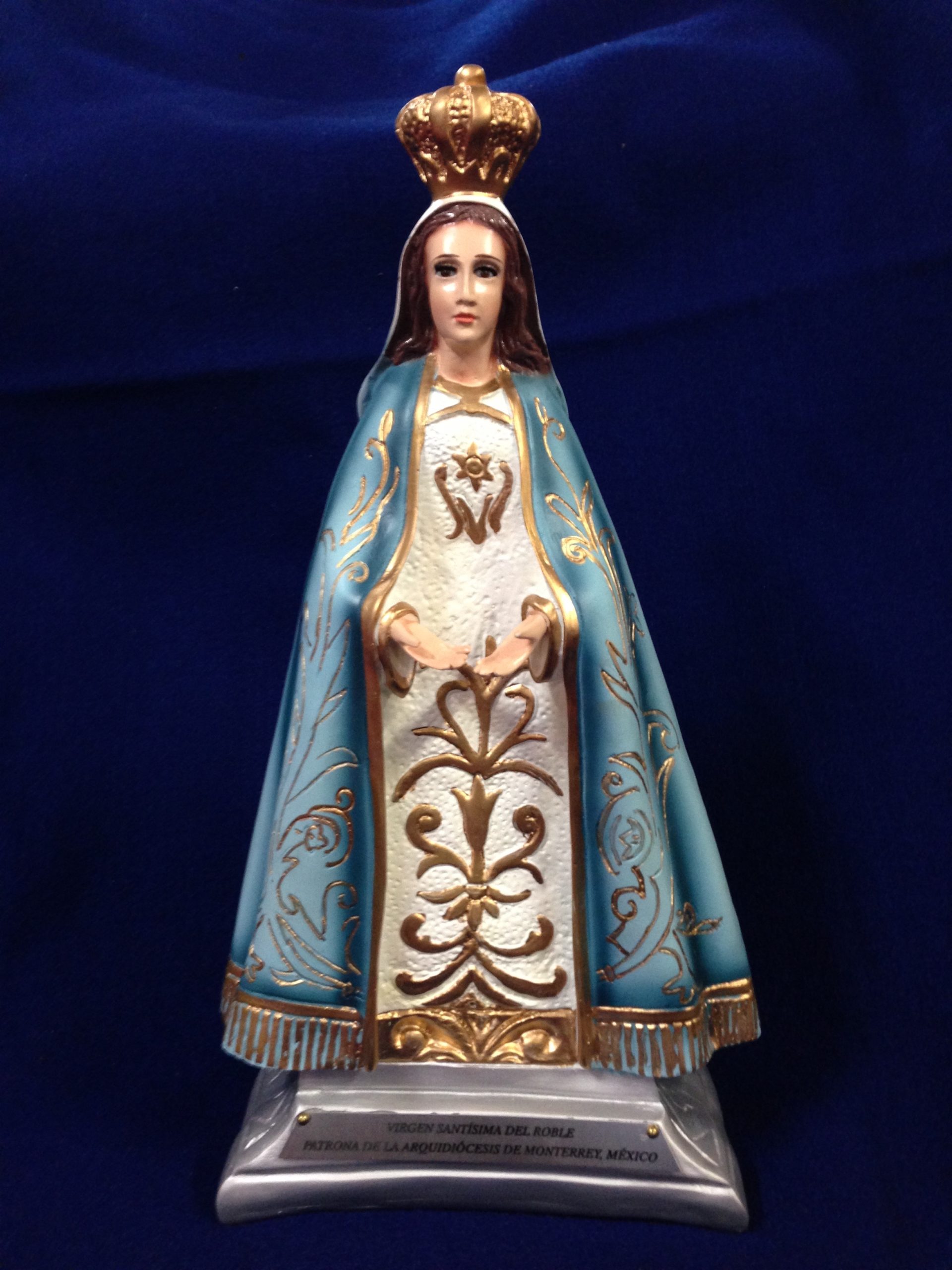 Monterrey, capital of Nuevo Leon, is Mexico’s third largest city. In the late 16 century was largely uninhabited. Only a few nomadic Indians and four Spanish families settled in the little pueblo known as Santa Lucia, a village that would become the city of Nuevo Leon in 1585. During this time, a small party of friars and soldiers passed through the region. When they departed they left behind one of their small wooden images of Mary, a saddle virgin.

The image remained hidden in an oak tree, wedged in the hollow of the trunk, for almost a century, until in 1650 a young Indian girl herding sheep caught a glimpse of the Virgin Mary in the tree an ran home to tell her parents. The story of “Our Lady of the Oak” spread quickly throughout the village, and members of the local parish went out to investigate, retrieving the statue and taking it to their church. Soon they built a small adobe shrine at the site of the oak tree, providing the image with its first house. A second more solid shrine was built of stone in 1817, but it was still quite small. Pope Pius IX laid the cornerstone for the third shrine which was completed in 1900. However, just five years late the roof of the church collapsed, burying the image under a pile of rubble. The statue was recovered unharmed, and a major restoration was undertaken, making the present church of Our Lady of the Oak, one of the most beautiful churches of Mexico.

The image of “Nuestra Señora del Roble” is only 50 cm in height and made of pasta of Michoacan. She stands on a crescent moon and thus represents the Immaculate Conception. Her tunic and mantle are brocade and richly embroidered. It has been said that the “noble ladies of Monterrey despoiled their jewel cases to enrich the crown of gold that adorns her brow”.