Our Lady of Pompeii 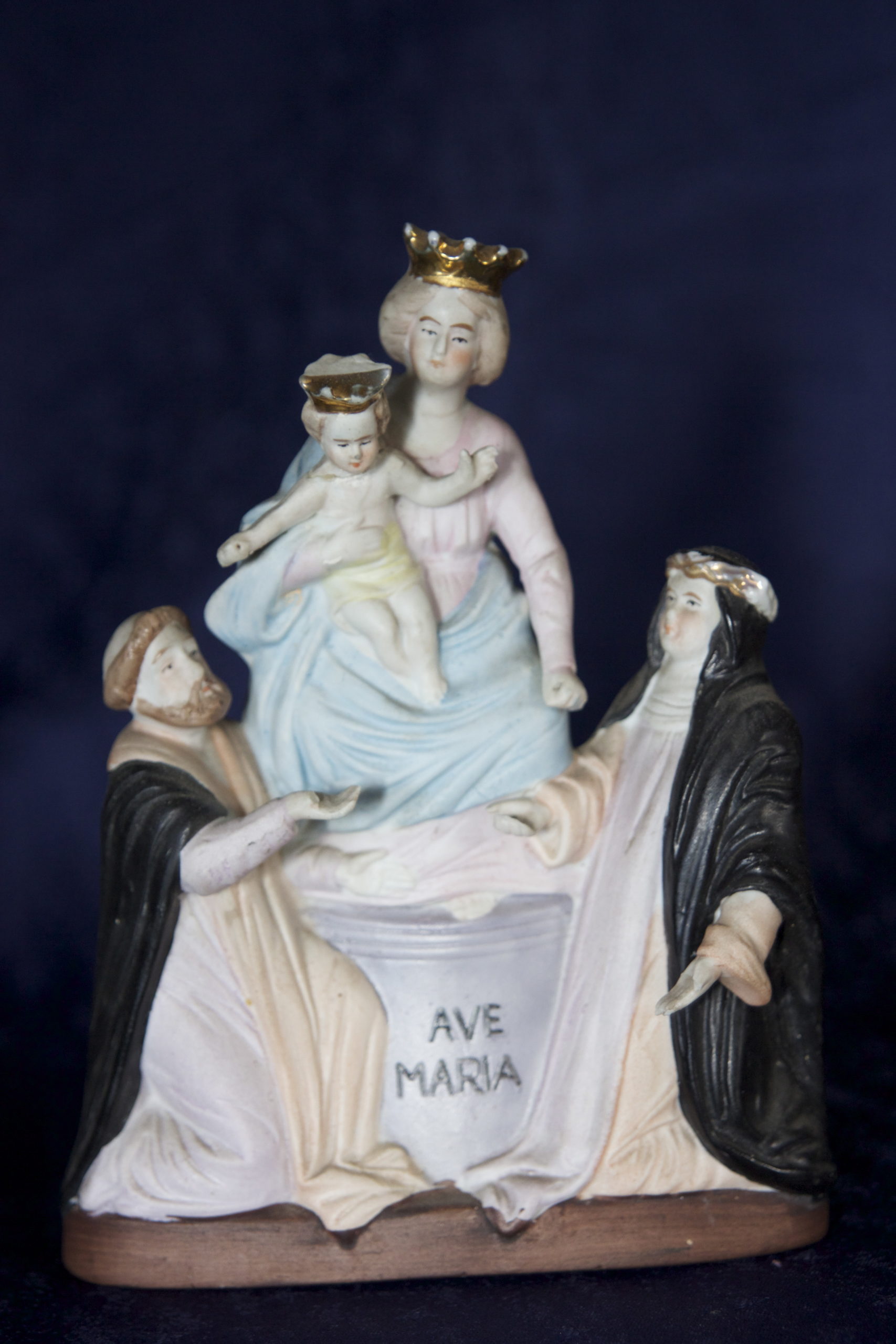 Our Lady of Pompeii

The Pontifical Shrine of the Blessed Virgin of the Rosary of Pompeii, is located in Pompeii, close to Naples, Italy. The image of Our Lady of Pompeii represents Our Lady of the Rosary as Queen of Heaven. She and Her Son, Jesus, are handing out Rosaries to Saint Dominic and Saint Catherine of Siena. The Pompeii portrait is derived from the Eastern icon style of the 6th century.

Present devotion to Our Lady of Pompeii owes much to Blessed Bartolo Longo, one of Her most zealous apostles. Bartolo Longo was born in 1841, the son of a doctor and a devout Catholic mother. His mother ensured from an early age that Bartolo developed a great love for Our Lady through praying the Rosary. During his student days, however, his friends drew him towards the occult. Eventually he became a Satanic priest and condemned the Catholic Church, deriding the hierarchy and the established Catholic system. A saintly priest with a deep devotion to the Rosary brought Bartolo back to the faith. With renewed zeal Bartolo vowed to work for the poor and needy and endeavoured to spread devotion to Mary through the Rosary.

On visiting Pompeii in 1872 he aimed to evangelize the people using the Rosary. What he needed, though, was a suitable image of the Blessed Mother to aid his mission. Fortunately a Dominican sister supplied him with a painting of Our Lady of the Rosary, and after restoration this painting was exposed for public veneration.  Miracles began to be reported and pilgrims began flocking in droves to the church. Bartolo Longo was encouraged by the Bishop of Nola to begin the construction of a larger church—the cornerstone being laid on the 8 May 1876. The church was consecrated on the 7 May 1891 by Cardinal Raffaele Monaco La Valletta, representing Pope Leo XIII. Pope Benedict XVI presented his sixth Golden Rose to the shrine on the 19 October 2008.

The original building built between 1876 and 1891 and designed by Antonio Cua followed a Latin cross plan. It was only 420 square metres. The construction of the façade started on the 15 May 1893. The facade culminates with the statue of the Virgin of the Rosary carved from a single block of Carrara marble, beneath which are placed the word “PAX” and the year “MCMI” (1891). To accommodate the increasing numbers of pilgrims, the sanctuary was expanded between 1934 and 1939 from one to three aisles, keeping its Latin cross plan. The new building with its 2,000 square metres can accommodate up to 6,000 people. The 80-metre bell tower built between 1912 and 1925.