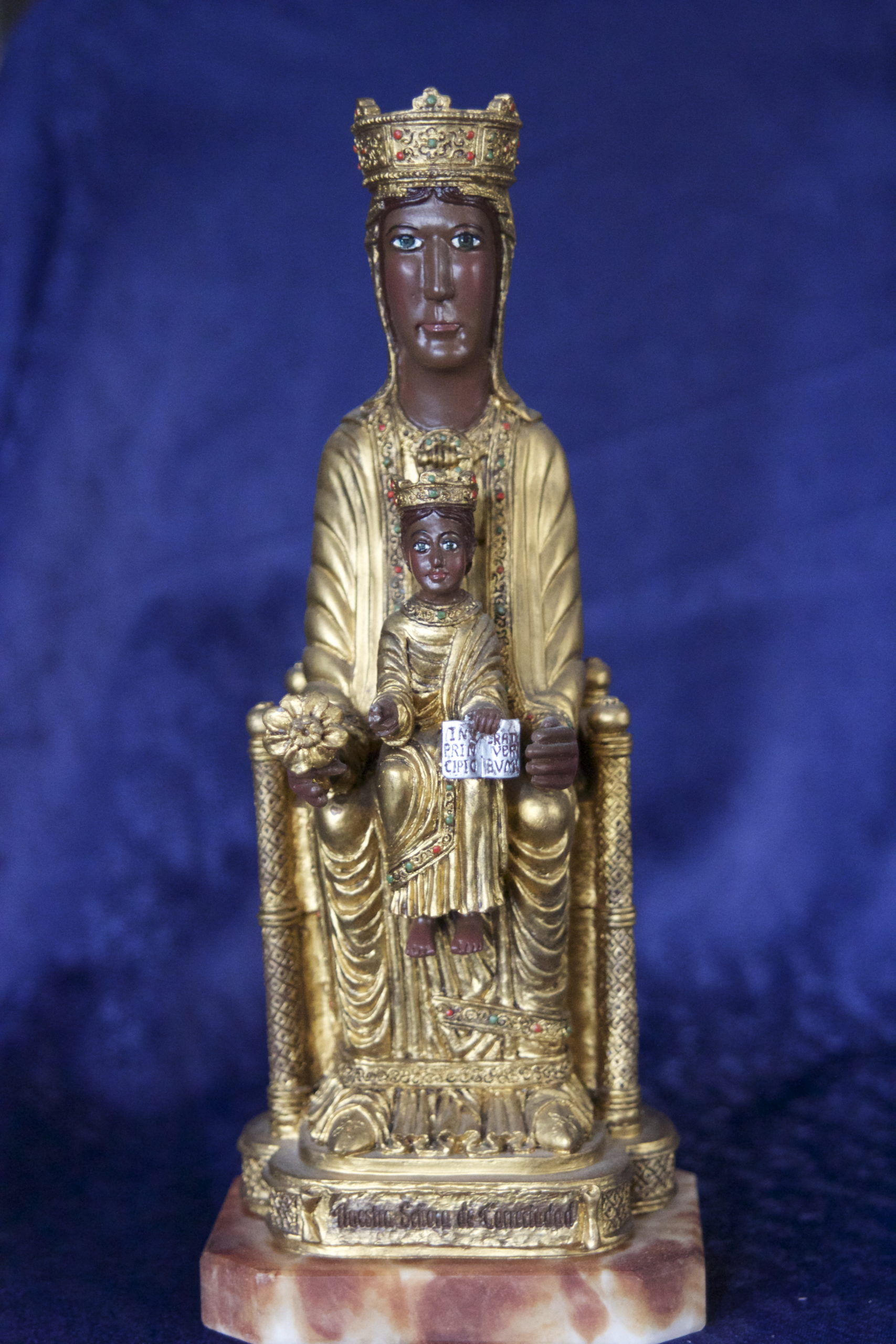 Torreciudad (Tower-City) is a shrine dedicated to the Blessed Virgin Mary, in Aragon in the north of Spain. Devotion to Our Lady of Torreciudad dates back to the eleventh century. The new Shrine, built under the guidance of the founder of Opus Dei, Saint Josemaría Escrivá, was inaugurated on 7 July 1975. He said that what he hoped for from the shrine were “spiritual fruits: graces that the Lord will wish to grant to all who come to honour his Blessed Mother at her shrine. These are the miracles I desire: conversions, and peace for many souls.” With this in mind, he asked for confessional chapels to be built and for everything be done to enable people to pray at the Shrine in peace.

The new shrine of Torreciudad is a unique architectural monument. Among the outstanding features of the main church are the alabaster altarpiece and the Blessed Sacrament chapel, with its bronze figure of the crucified Christ. The medieval shrine housed the original statue of Our Lady of Torreciudad before it was transferred to the new church. People from the surrounding towns and villages have a great devotion to Our Lady of Torreciudad, as do many pilgrims who come to this corner of northern Aragon. Spiritual activities at the Shrine are entrusted to the Opus Dei Prelature.

The image of Our Lady is made of poplar timber and is dated to the XI or XII century. It used to be placed in the old shrine, built with the stones of the nearby tower that used to alert the people of Moorish invasions. In 1974 endured a careful restoration, fixing the damaged parts and gilding the whole statue but the faces and hands. Of Romanesque style, it belongs to the type of Sedes Sapientiae (Latin for Seat of Wisdom, one of the medieval titles of the Virgin).

It is also one of the Black Madonnas or Black Virgins, in which she is depicted with dark or black skin, especially those created in Europe in the medieval period or earlier. Some statues get their color from the material used, such asebony or other dark wood, but there is debate about whether this choice of material is significant. Others were originally light-skinned but have become darkened over time, for example by candle soot. This is generally thought to be the explanation for most medieval “black” images of Mary, but this theory has been contested by those who believe that the color of originally-dark Madonnas had a more intentional significance. The Black Madonnas are generally found in Catholic areas. The statues are mostly wooden but occasionally stone, often painted and up to 75 cm tall, generally dating from between the 11th and 15th centuries. They fall into two main groups: free-standing upright figures and seated figures on a throne. The pictures are usually icons which are Byzantine in style, often made in 13th or 14th century Italy. Their faces tend to have recognizably European features. There are about 450–500 Black Madonnas in Europe, depending on how they are classified.