Our Lady of Vailankanni 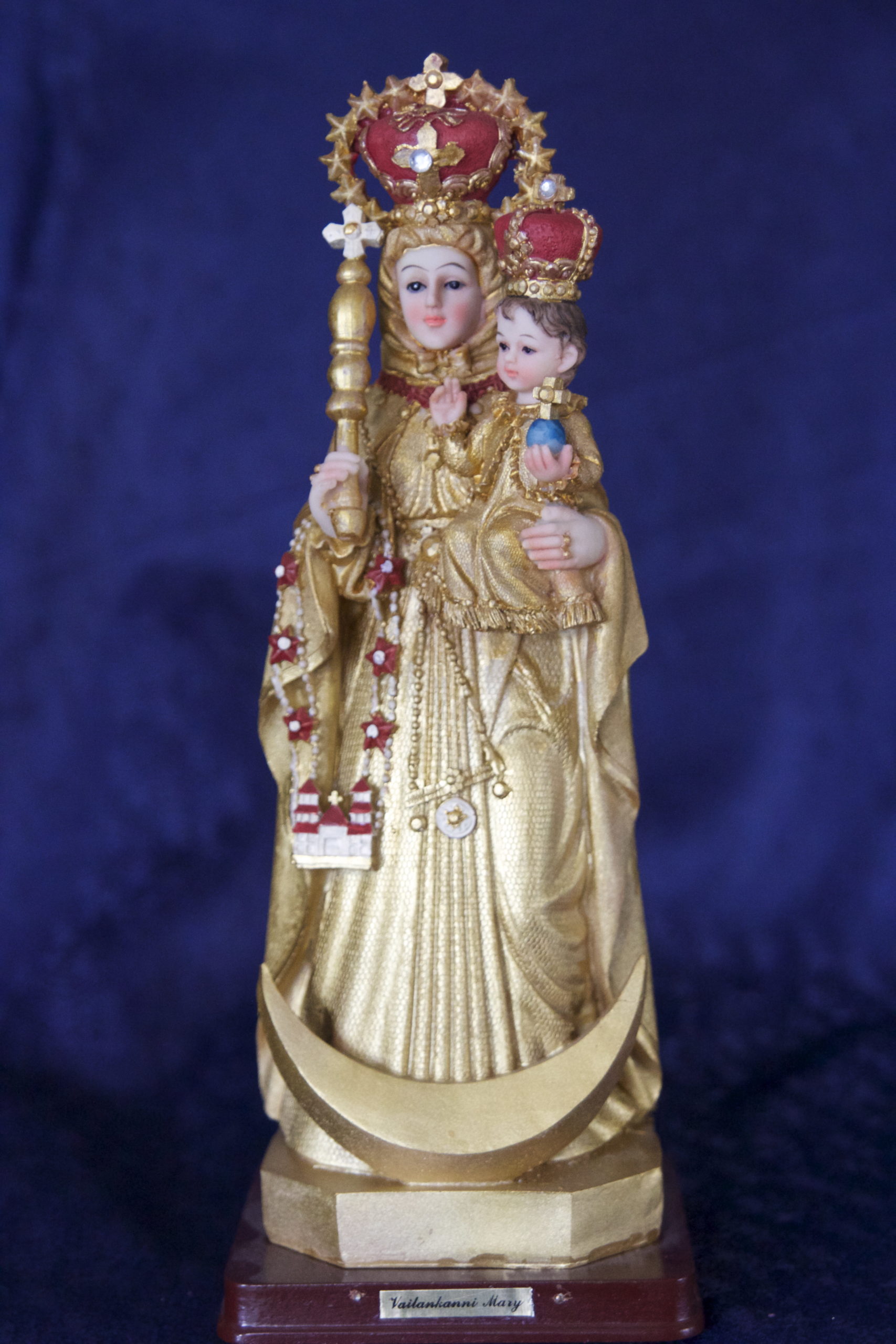 Our Lady of Vailankanni

Although all three apparitions ultimately resulted in the erection of a shrine to our Lady, it was the promise of the Portuguese sailors that was the proximate cause of a permanent edifice being built at Vailankanni. The chapel was dedicated on the feast of the Nativity of the Blessed Virgin Mary (September 8), the day of their safe landing. More than 500 years later, the nine-day festival and celebration is still observed and draws nearly 2 million each year. The Shrine of Our Lady of Vailankanni, also known as the “Lourdes of the East” is one of the most frequented religious sites in India.

The first of the apparitions in Vailankanni is claimed to be to a Hindu boy during the mid sixteenth century. It is said that Mary appeared to him and requested milk for her Son to which the boy readily agreed. Later, upon reaching the home of the customer the boy had intended to deliver the milk to, he apologized for his delay and the reduced amount of milk by relating the incident that occurred on his way. However, upon inspection of his order, the customer found the milk pot to be full and was convinced that something miraculous had happened. Together the man, also a Hindu, and the boy returned to the place where the apparition had occurred. When they reached the pond, Our Lady appeared once again. On learning that it was Our Lady who appeared to the boy, the residents of the local Catholic community became ecstatic and promptly renamed the pond Matha Kulam or, Our Lady’s Pond.

The construction of a chapel or church is attributed to the second apparition, not the first. This time Mary appeared to a crippled boy (and also a son of a widow) in a place called Nadu Thittu. The boy is claimed to have offered her buttermilk and then be cured of his illness. The Catholics in the nearby town of Nagapattinam are said to have built the first shrine after being informed of the incident.

In the 17th century, a Portuguese merchant vessel, sailing from Macau in China to Colombo was caught in a tempest in the Bay of Bengal. The sailors, then at the point of desolation, vowed to build a chapel in the name of the Virgin Mary wherever they could reach safety. The legends claim that the stormy sea became quiet and their ship reached the shore of Vailankanni on 8 September, the birthday of Mary. Fulfilling their vow, the Portuguese sailors put up a chapel at Vailankanni by transforming the earlier thatched chapel. On their next visit, the Portuguese decorated the altar with porcelain plates illustrating Biblical themes.