Our Lady of Quito 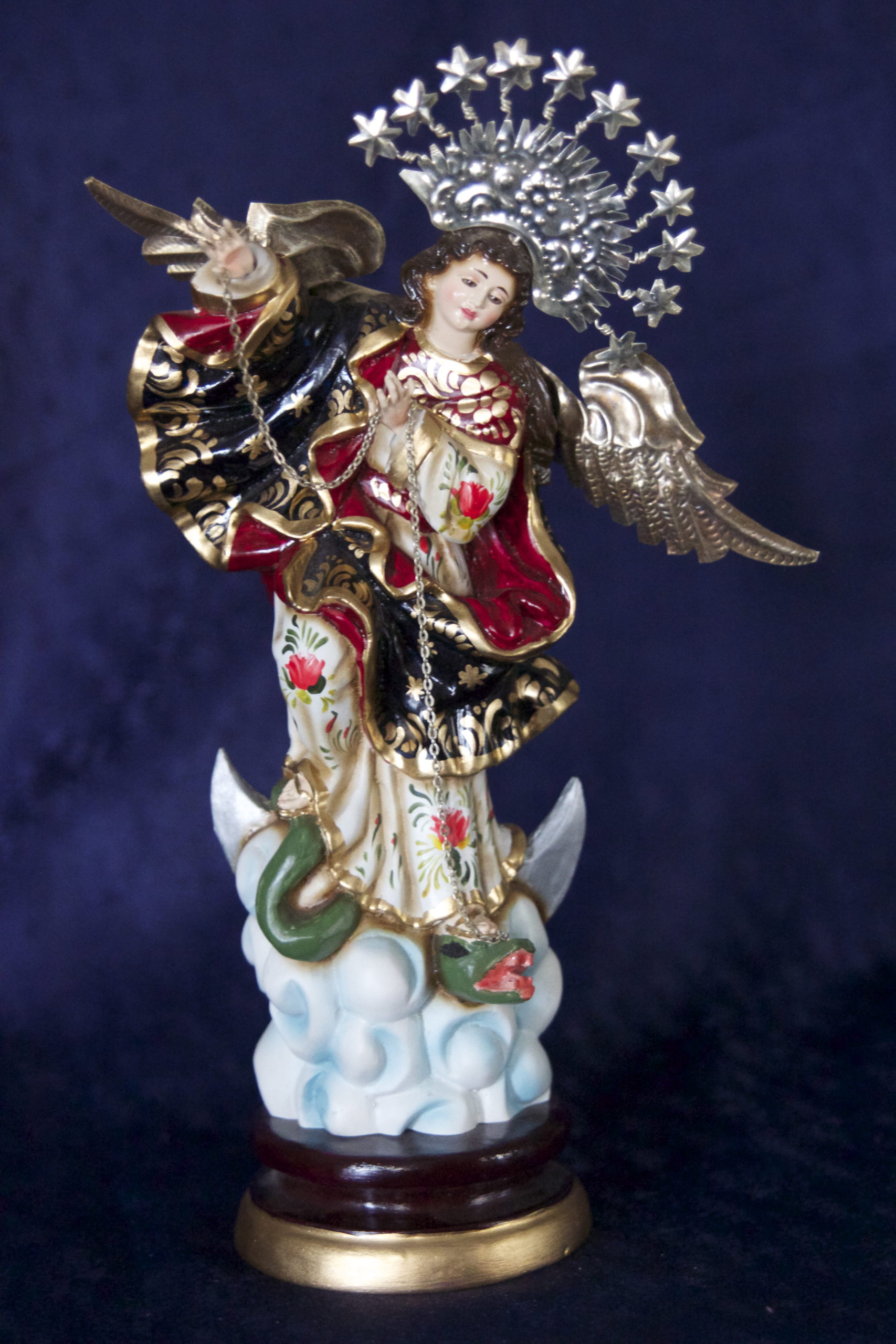 Our Lady of Quito

The Virgin of Quito also known as the Virgin of the Apocalypse, is a wooden sculpture by the Quiteño artist Bernardo de Legarda (ca. 1700-1773) which has become the most representative example of the Quito School of art, developed in the Ecuadorian capital during the Spanish colonial era. This particular Virgin became a popular cult image which is still venerated throughout the northern Andes. The unique positioning of the hands and the flouncing folds of the dress — both of which gave an impression of movement — soon yielded the nickname “Dancing Virgin”. The unaccountable wings resulted in the sobriquet of “Winged Virgin”. The completed work was given to the Franciscans on 7 December 1734, which date is visible in the stubs of the hands of the Virgin along with the artist’s signature. Owing to the impressive beauty and impact of the work, the Franciscans promptly reassigned it to the main altar of the Church of Saint Francis.

The sculpture is derived from the biblical description of the Woman of the Apocalypse. As described in the Revelation of Saint John (12:1-2), the woman was “clothed in the sun”, she has a crescent moon under her feet and a silver diadem bearing 12 stars is on her head. After battling a dragon — Satan, with the apple of original sin in his mouth — she has trampled and subdued the beast with a heavy silver chain which she holds loosely in her open hands. She has been given silver wings for escape.            El Panecillo (small piece of bread) is a 200-metre-high hill of volcanic-origin, with loess soil, located between southern and central Quito. Its peak is at an elevation of 3,016 meters above sea level. In 1976, the Spanish artist Agustín de la Herrán Matorras was commissioned to build a 45-metre-tall aluminum monument of a Madonna which was assembled on a high pedestal on the top of Panecillo. It is made of seven thousand pieces of aluminum. The virgin stands on top of a globe and is stepping on a snake, which is a classic Madonna iconography.