Our Lady of Altotting 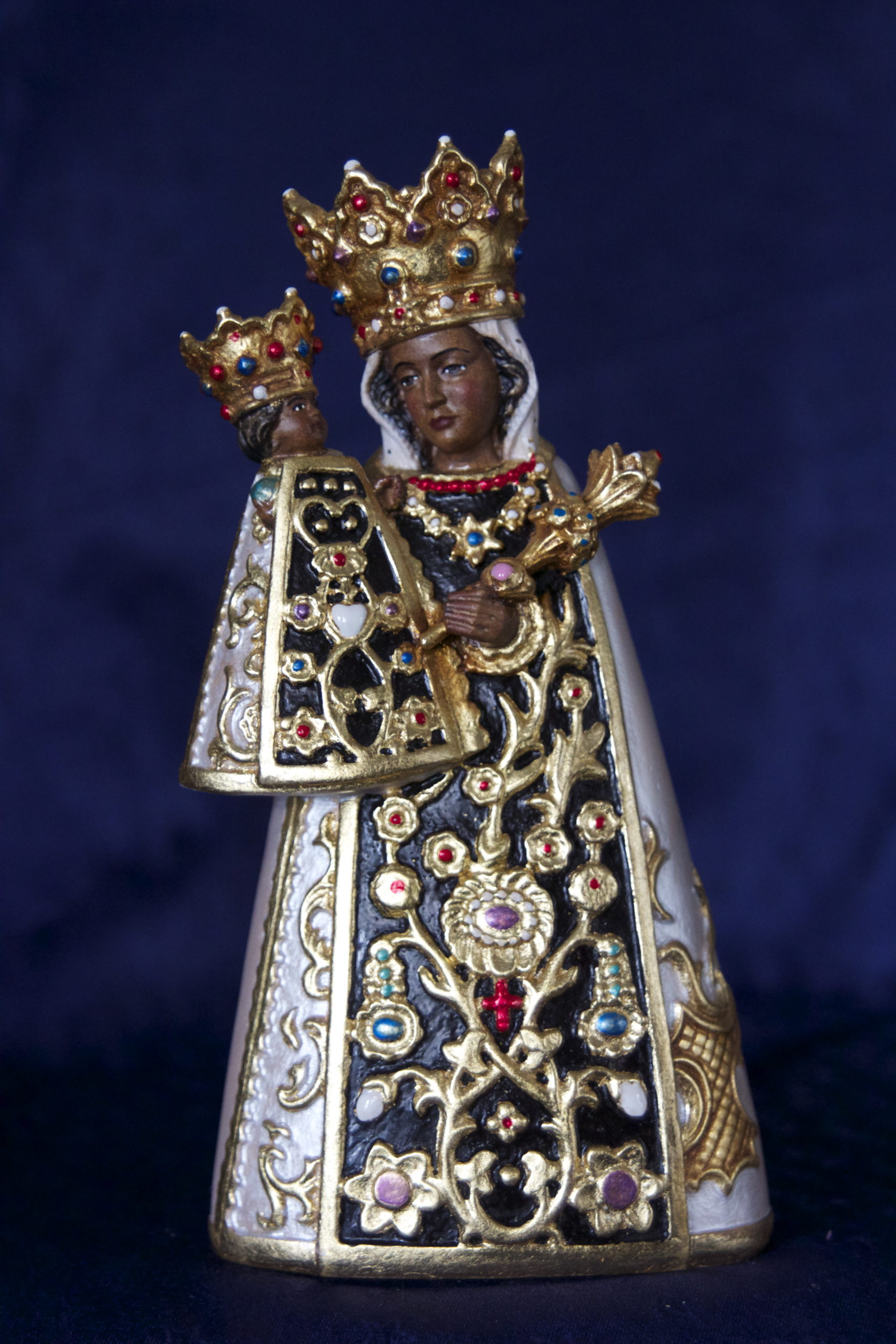 Our Lady of Altotting

The small town of Altotting, Bavaria, Germany, is famous for the Gnadenkapelle (Chapel of Grace), one of the most-visited shrines in Germany. This is a tiny octagonal chapel which keeps a venerated statue of the Virgin Mary. The shrine was constructed of native stone in 680 and survives today. Wars and pestilence and politics have caused the area to change hands several times, but the chapel has always survived. The small image of Our Lady was carved of lime wood c.1330, its surface blackened by age, the uncounted thousands of candles burned near it, and a fire in 907 that threatened to destroy it.

According to the legend, in 1489, a 3-year-old local boy who had drowned in the river was revived when his grieving mother placed him in front of a wooden statue of the Virgin Mary at the high altar. News of the miracle quickly spread, and the chapel was immediately extended by the erection of a nave and a covered walkway. Many miracles and cures have since been attributed to Our Lady of Altotting intercession, and the area is known as the “Lourdes of Germany”. The tradition of Bavaria calls for the heart of the deceased king to be placed in an urn and kept at the chapel at Altötting.

The small chapel, which holds 75 to 100 people, has been a site for pilgrimage for over 500 years. Saint Conrad of Parzham served as chapel doorkeeper for over 30 years, and Pope John Paul II visited in 1980. It is one of the richest shrines in Europe with an immense store of treasure donated by pilgrims through the centuries; these items are not on display, but the crutches and other evidence of healings are there for all to see. The entire outside of the chapel is covered, on all walls, with paintings attesting to miracles through the intercession of Our Lady of Altotting.  These paintings go from the 17th Century, through World War II, to the present. There are youth pilgrimages to Altotting where anywhere up to 8,000 young people come from the seat of the Diocese of Pasau, 83 kilometres on foot!