Our Lady of Divine Providence 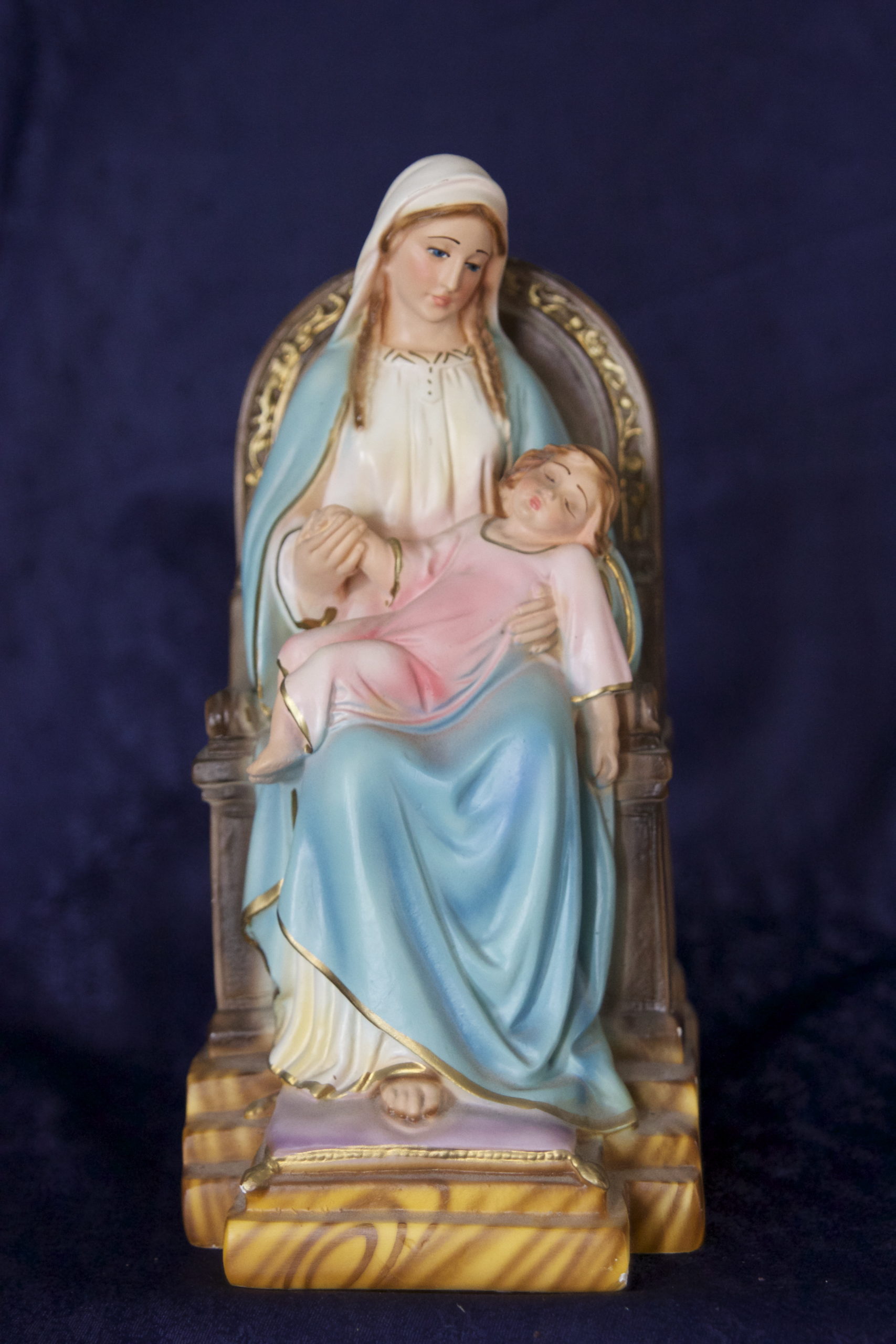 Our Lady of Divine Providence

The name and worship of Our Lady of the Divine Providence originated in Italy in the thirteenth century. It was a very popular devotion which later passed to Spain, where a shrine was built in Tarragona, Catalonia.

When Gil Esteve Tomas, a Catalan, was named bishop of Puerto Rico, he brought with him this devotion which he had become acquainted with during his seminary years. The bishop had to place his diocese in the hands of Divine Providence, for he found the cathedral nearly in ruins and the finances of the diocese in similar condition. The bishop’s trust and work bore fruit quickly; in less than five years the cathedral church had been restored, and immediately worship of the Virgin of Providence was established there.

The original image, venerated by the Servants of Mary, and other Italian religious orders and saints, was a beautiful oil painting in which the Virgin is shown with the Divine Child sleeping peacefully in her arms. The title “Of Divine Providence” has been attributed to St. Philip Benicio, fifth superior of the Servants of Mary. On a day when his friars had nothing to eat, having invoked the help of the Virgin, he found, at the door of the convent, two baskets full of food whose origin could not be found.

The image that Don Gil Esteve ordered was carved in Barcelona according to the prevailing taste. It is a handsome seated figure, made to be dressed, and it was in the cathedral sixty-seven years, until 1920 when it was replaced by a magnificent all wood carving, which is the image of Our Lady of Divine Providence most familiar and best known to the Puerto Rican communities. Mary leans over the Child, who in an attitude of complete trust sleeps peacefully on her lap. The Virgin’s hands are folded in prayer while she gently supports her Son’s left hand. The whole carving suggests tenderness, abandonment, devotion and peace.

Pope Paul VI, by a decree signed on November 19, 1969, declared Our Lady Mother of Divine Providence principal patroness of the island of Puerto Rico. In this document it was also decreed that the Virgin’s solemnity be transferred from January 2 to November 19, the day that the island was discovered. The intention was to join together the two great loves of the Puerto Ricans: love of their gorgeous island and love for the Mother of God.