Our Lady of Candelaria 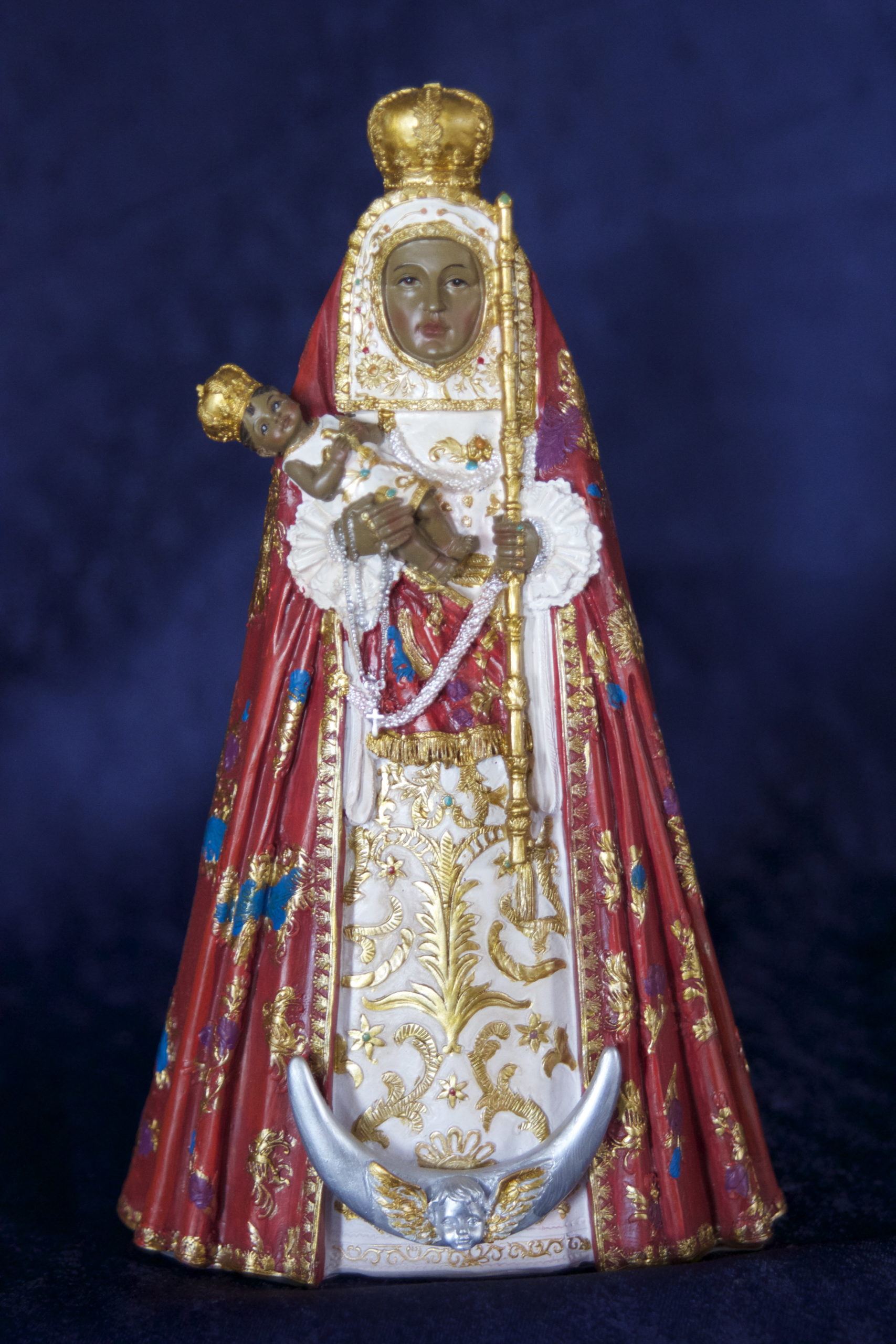 Our Lady of Candelaria

According to a legend recorded by Alonso de Espinosa in 1594, a statue of the Virgin Mary, bearing a child in one hand and a green candle in the other (hence “Candelaria”), was discovered on the beach by two goatherds in 1392. This occurred before the Castilian conquest of the island (the island was not fully conquered until 1496). One of the shepherds tried to throw a stone at the statue, but his arm became paralyzed; the other tried to stab the statue with a knife but ended up stabbing himself. The statue was taken by the local chief Acaymo, to the cueva de Chinguaro. Later, was recognized by Antón, a local who had been enslaved and converted to Christianity by the Castilians, as the Virgin Mary when he returned to Tenerife.

The original image was a medieval gothic sculpture that many scientists have linked with the Knights of Templar. The first mass was celebrated at Achbinico on February 2, 1497, and a hermitage was not built in 1526. The basilica was destroyed by fire and rebuilt in the 19th century. The statue itself was lost when a tsunami carried it out to sea in 1826; the present statue is a copy. The image of the Virgin is dressed in rich robes of different colors and jewels.

She was declared patroness of the Canary Islands in 1559, by Clement VIII (and principal patroness in 1867). The cult of the Virgin of Candelaria swept America due to the emigration of canaries to this continent. The canaries took the devotion as a symbol of their culture, something very similar to the diffusion of the cult of St. Patrick by the United States by Irish emigrants.