Our Lady of Desamparados 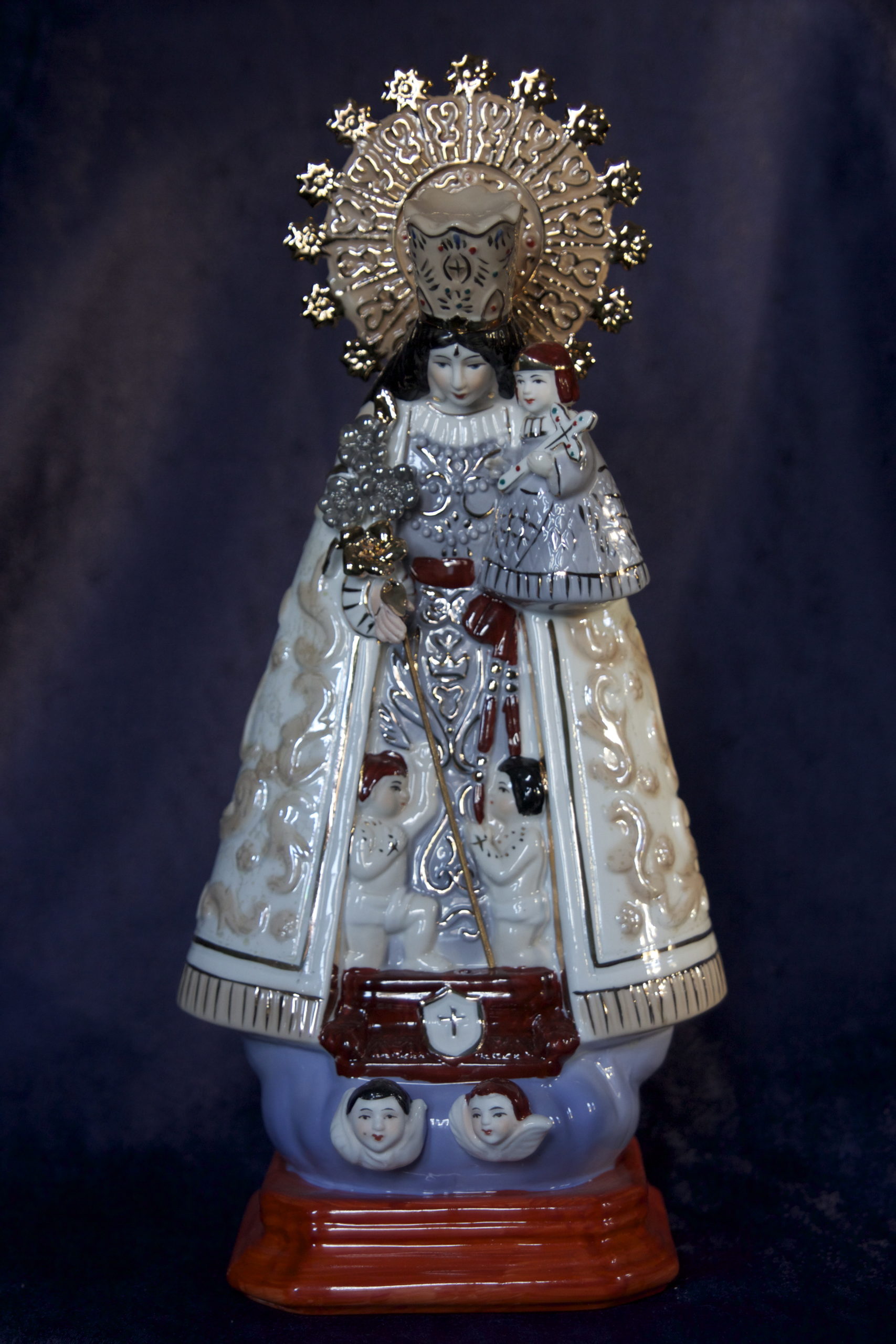 Our Lady of Desamparados

The “Our Lady of the Abandoned or Forsaken or Homeless”, Virgin of the Forsaken know Virgen de los Desamparados (Mare de Déu dels Desamparats) is dedicated to the Virgin Mary. She is the patroness of Valencia and one of the seven patterns of the Autonomous Communities of Spain. She is represented with a lily in one hand and the baby Jesus carrying the cross in his arms. The image is characterized by a slight forward tilt, and she is known affectionately as The Geperudeta (hunchback) of Valencia.

On February 24, 1409 the priest Father Jofré was going to the cathedral to deliver a sermon during Lent when he witnessed the lynching of a mentally ill man on a street near Santa Catalina. In response, he founded a hospice for the mentally ill. The brotherhood was founded under the invocation of Our Lady of the Insane and the Forsaken Innocents. The goal of the brotherhood was to help the mentally ill; however, due to a famine and the high rate of orphans during the plague, there were many homeless children on the streets of Valencia. The brotherhood was extended from a hospice to care for homeless and abandoned children. Two years later the Virgin, as patron of the brotherhood that now cared for both mentally ill adults and homeless children, was renamed Our Lady of the Forsaken.

In the year 1414 three young men dressed as pilgrims came to the brotherhood. They claimed that they could make an image of the Virgin within three days in exchange for a place to create the image and board. They were taken to a place known as The Hermitage and after four days without any sound from inside, the brothers forced the door and found the image of the Virgin Mary. The mysterious pilgrims had disappeared shortly healing the wife of a member of the brotherhood who was paralyzed and blind. The incident gave rise to the legend of “el feren els àngels” (“the angels did it”). On April 21, 1885 Pope Leo XIII granted a Papal Bull naming the Virgin of the Forsaken patroness of Valencia. For many centuries those faithful to the Virgin have helped children, the elderly, the blind, and the mentally ill.