Our Lady of Covadonga 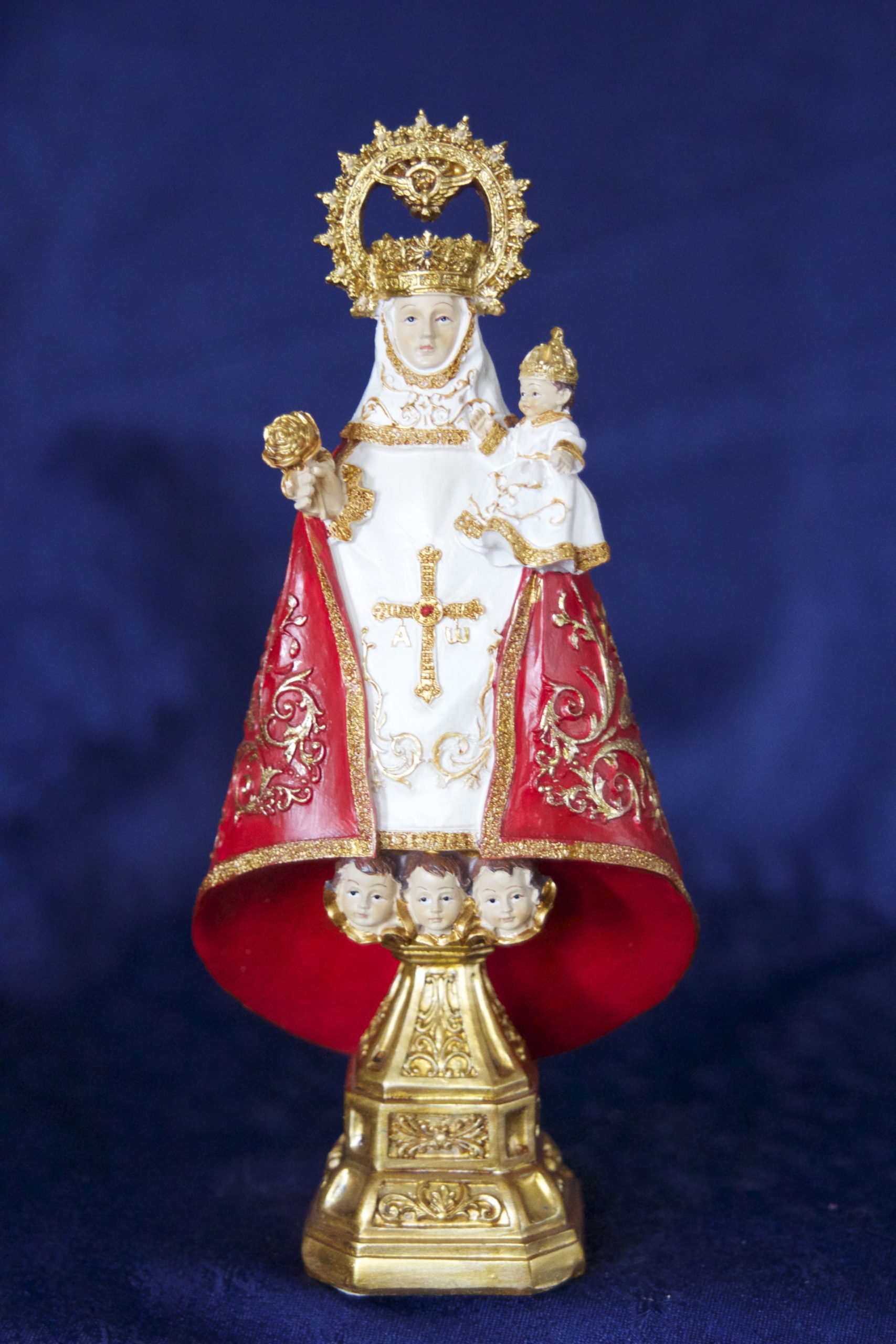 Our Lady of Covadonga

Our Lady of Covadonga is a title of the Blessed Virgin Mary, and a Marian shrine devoted to Her. Covadonga is a mountainous region in the province of Asturias in the extreme north west of Spain. Following the Islamic Arab invasion of Spain in 711, the Christian Visigoth King of Spain was defeated and killed at the Battle of Guadalete. The battle was decisive and led to the swift conquest of most of Visigothic Spain. The remnant of the Visigoth nobility retreated to the remote mountains of northern Spain. According to texts written in northern Iberia during the ninth century, they elected in 718 AD a man named Pelayo as their leader. Pelayo gathered a band of warriors to resist Islamic encroachment. When in 722 the Arab commander of Spain sent an army to eliminate this resistance, the Christian army made its stand at a place of many caves known as Covadonga.

According to tradition Pelayo retreated to a cave where a hermit had secreted a statue of the Virgin Mary, saved from the Muslim conquest. He prayed to the virgin for victory. In the subsequent battle the Christians made use of the natural defences. Christian accounts of the battle claim miraculous intercession and that the slaughter among the Moors was horrific. Moorish accounts describe the battle as a mere skirmish. However the moorish commander fell in the battle, and his soldiers fled. This victory, considered the first of the Christian reconquista of Spain, established the independence of the Kingdom of Asturias in north west Spain.

Pelayo credited the intercession of the Virgin Mary for his victory. And in recognition of this miraculous intercession, King Alfonso I, the Catholic (739-757) commanded that a monastery and chapel be built on the site in honor of Our Lady of Covadonga. The sanctuary came to be run by Augustinian canons but was destroyed by fire on 17 October, 1777. The shrine was rebuilt and afterwards was replaced by a great Basilica that was consecrated in 1901. The basilica houses the current statue of Our Lady of Covadonga, dating to the 16th century. Pope John Paul II visited the shrine during his papacy.