Our Lady of Einsiedeln 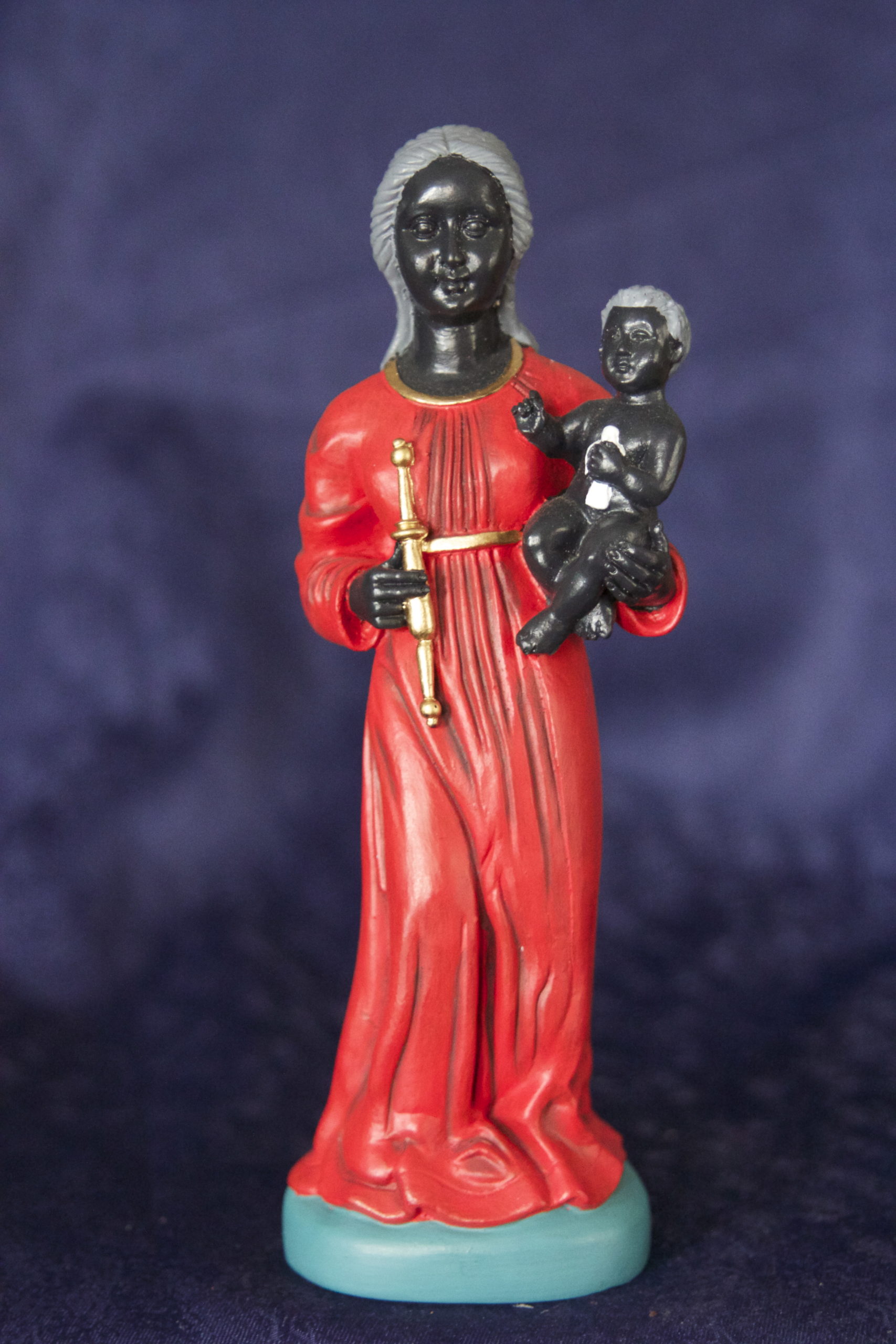 Our Lady of Einsiedeln

The Shrine of Our Lady of Einsiedeln is located about 20 miles southeast of Zürich, in the town of the same in Switzerland. The shrine is perhaps best known for its miraculous Black Madonna statue. The village itself is also home to the world’s largest nativity scene, the Diorama Bethlehem. The shrine’s origins begin in the 9th century, when the monk St. Meinrad arrived to built a hermitage in the wilderness that would later become Einsiedeln. He took with him a miracle-working statue of the Virgin Mary given to him by the Abbess Hildegarde of Zürich. On January 21, 861, two thieves murdered Meinrad for the treasure in the hermitage. According to legend, the killers were caught after two ravens followed them into town and drew attention to them with loud squawking.

A group of Benedictine monks transformed Meinrad’s little hermitage into the Lady Chapel in 940. The chapel is said to have been consecrated by Christ himself on September 14, 948, when the bishop who was to consecrate the new site had a vision of Christ himself approaching the altar. The miracle was confirmed by Pope Leo VIII 16 years later in a papal bull.

St. Meinrad had the Black Madonna statue, its color explained by years of candle smoke as part of his altarpiece. After his death it was placed in the Lady Chapel for veneration. Many miracles were attributed to the intercession of “Our Lady of Einsiedeln,” and pilgrimages to Einsiedeln began shortly after 1000 AD. As many as 50,000 pilgrims streamed into the monastery each week in the middle ages. Despite temporary setbacks. Such as suffering major destruction during the French Revolution, Einsiedeln continues to receive pilgrims, about 200,000 each year.

The abbey church at Einsiedeln is a majestic baroque edifice with elaborately decorated pastel ceilings, many marble side altars, and a large high altar in the east end. The most important part of the basilica is the Lady Chapel, near the entrance in the west end. Destroyed in 1798 by French invaders, and rebuilt in 1817, above the chapel’s altar is the Black Madonna, resplendent in rich robes and surrounded by gold clouds. Many services take place here each day.

A short walk from the abbey is the world’s largest nativity scene, the Diorama Bethlehem, with more than 500 carved wooden figures, and the justifiably famous Panorama, a circular painting more than 300 feet long and 30 feet high depicting Jerusalem and the Crucifixion. Open from Easter to the end of October, they have narrative explanations in five languages.