Our Lady Mediatrix of all Graces 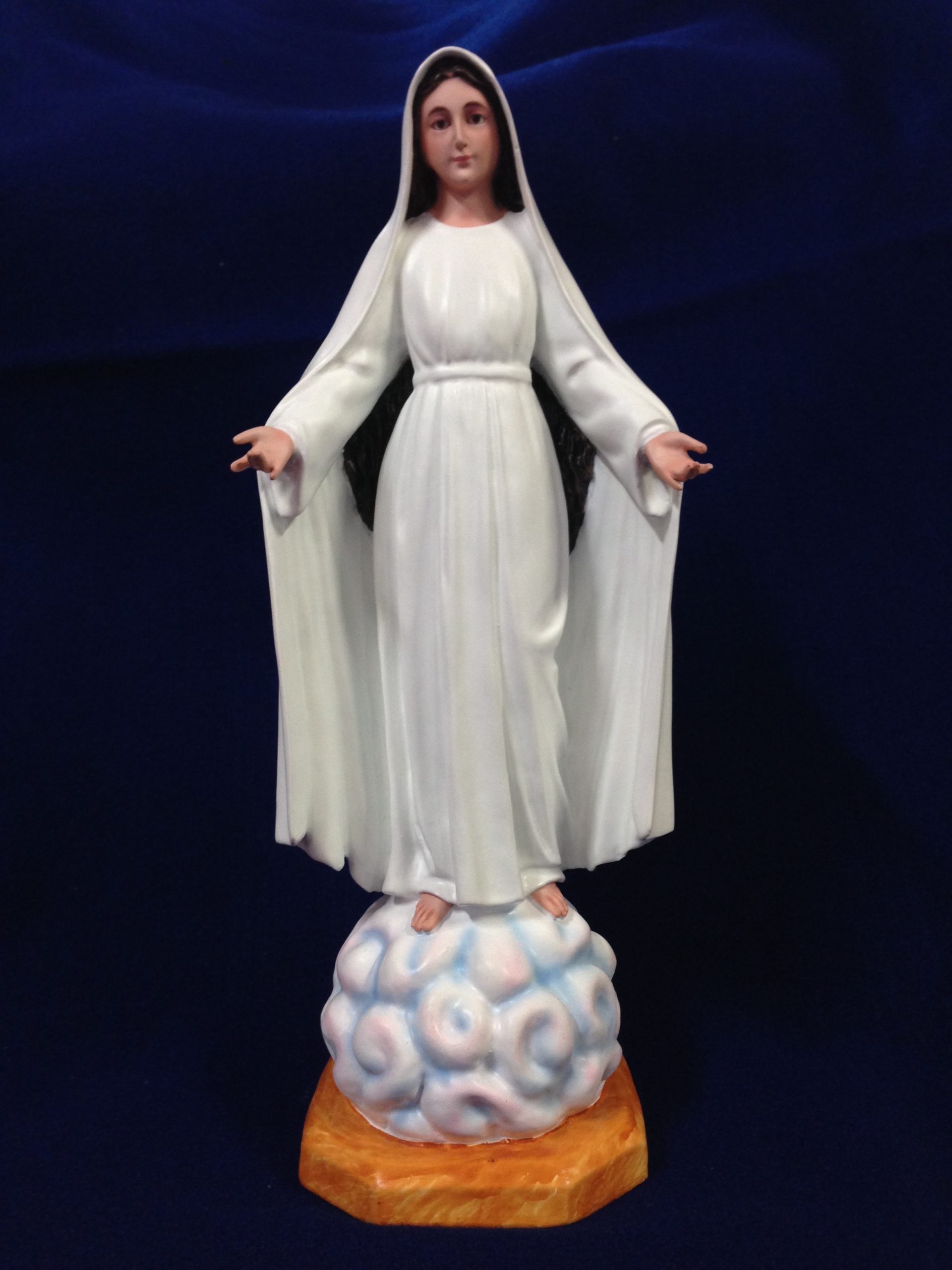 Our Lady Mediatrix of all Graces

Our Lady, Mediatrix of All Graces is an alleged Marian apparition that took place in the Carmelite Monastery of Lipa, Batangas, Philippines, to a religious postulant, Teresita Castillo. The apparition is known in the Philippines for the rose petals which showered within the vicinity of the monastery, some bearing religious Catholic imagery which believers hold to be miraculous.

According to Castillo, Mary’s hands clasped on her breast, a golden rosary hanging in her right hand, slightly stooping, her dress was simple and pure white held in the waist by a narrow cloth belt. Her feet were bare and resting on clouds about two feet above ground. Her face, indescribably beautiful, was radiant.

On March 3, 2011, Pope Benedict XVI was presented a Mediatrix statue by Bishop Guillermo Afable during the Catholic Bishops’ Conference of the Philippines Ad Limina visit. On March 9, 2011, a life-sized Mediatrix statue brought by Filipino bishops was publicly displayed in the general Wednesday papal audience at Pope Paul VI Audience Hall.