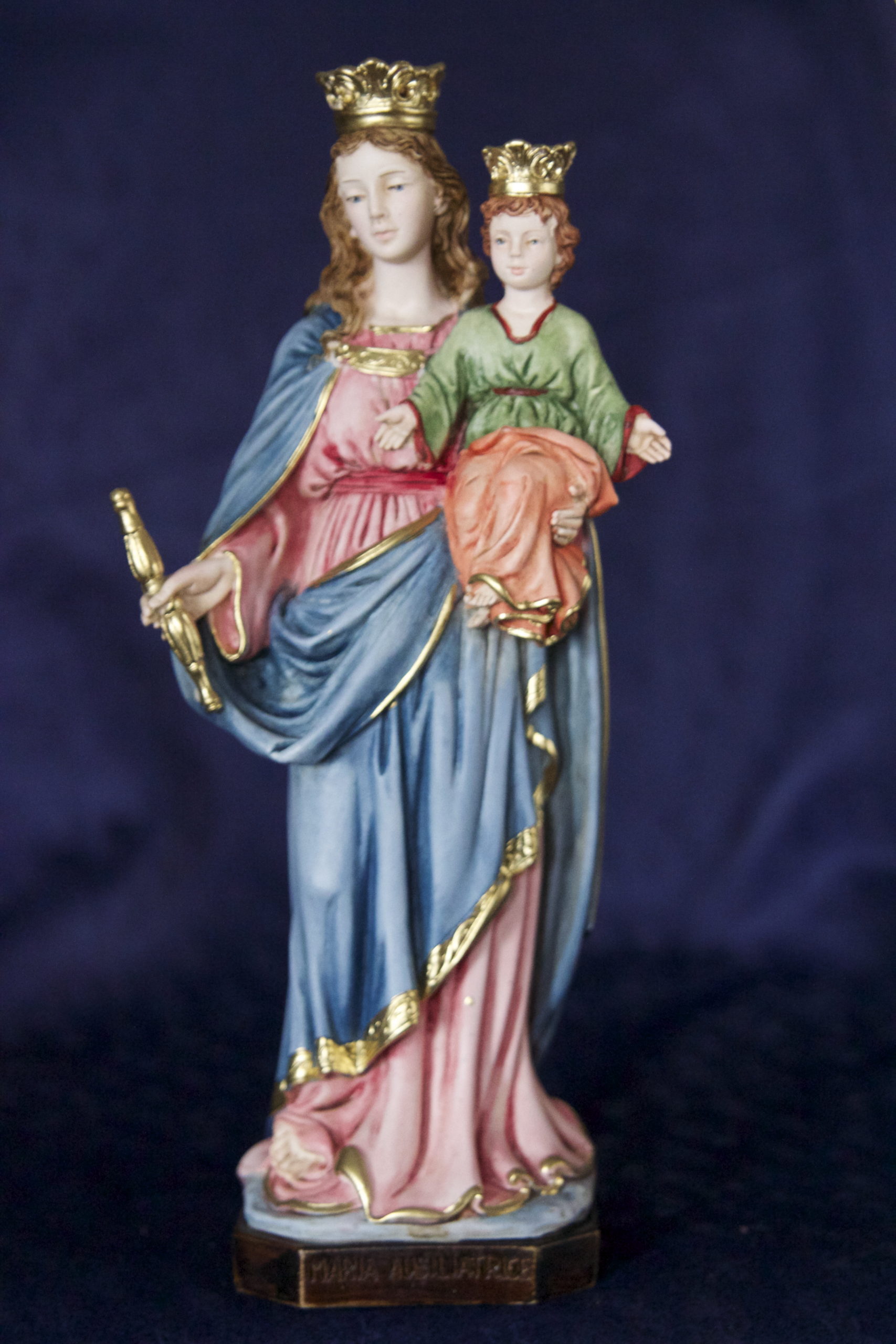 Saint Mary’s Cathedral in Sydney is dedicated to “Mary, Help of Christians”, Patron of Australia. It is the largest church in Australia, though not the highest. It is located in the heart of the City of Sydney where its imposing structure and twin spires make it a landmark from every direction. In 2008, St Mary’s Cathedral became the focus of World Youth Day 2008 and was visited by Pope Benedict XVI.

Archbishop Polding asked William Wardell, a pupil of Augustus Welby Pugin, the most prominent architect of the Gothic Revival movement to design Saint Mary’s Cathedral. Polding was impressed with Wardell’s building of St John’s College at Sydney University. Polding gave Wardell a completely free hand in the design, saying “any plan, any style, anything that is beautiful and grand, to the extent of our power.” Wardell had also designed St Patrick’s Cathedral and Saint Mary’s parish house in West Melbourne.

The feast day to Mary Help of Christians has been celebrated in Australia since 1844 but the history to this day dates back to the start of the 1800’s. Napoleon Bonaparte had jailed Pius VI who died in jail. When Pope Pius VII was elected he too was jailed by Bonaparte, who kept him prisoner at Fontainbleau. The Holy Father vowed to God that if he were restored to the Roman See, he would institute a special feast in honour of Mary. The military eventually forced Bonaparte to release the Pope and on 24 May 1814, Pius VII returned in triumph to Rome. Twelve months later the Pope decreed that the feast of Mary Help of Christians be kept on 24 May. The infant church in Australia had a special reason for turning to Mary. No priests were sent to the colony in its early days and Mass was not allowed except for one brief year until 1820. It was largely the Rosary in those early days that kept the faith alive. Catholic Australia remained faithful to Mary and was the first nation to choose her under the title Help of Christians, as principal Patroness. St Mary’s Cathedral was dedicated in her honour by the Irish pioneer priest, Fr. Therry, who arrived in Sydney in 1820 and assumed responsibility for the planning and initial construction of the Cathedral. When Australia became the first country to have Mary Help of Christians as Patroness, it became the first country to have a mother-cathedral under the same title. She is also the Patroness of the Military Ordinariate, which provides chaplains for the Armed forces, established in 1988.