Our Lady of Antipolo 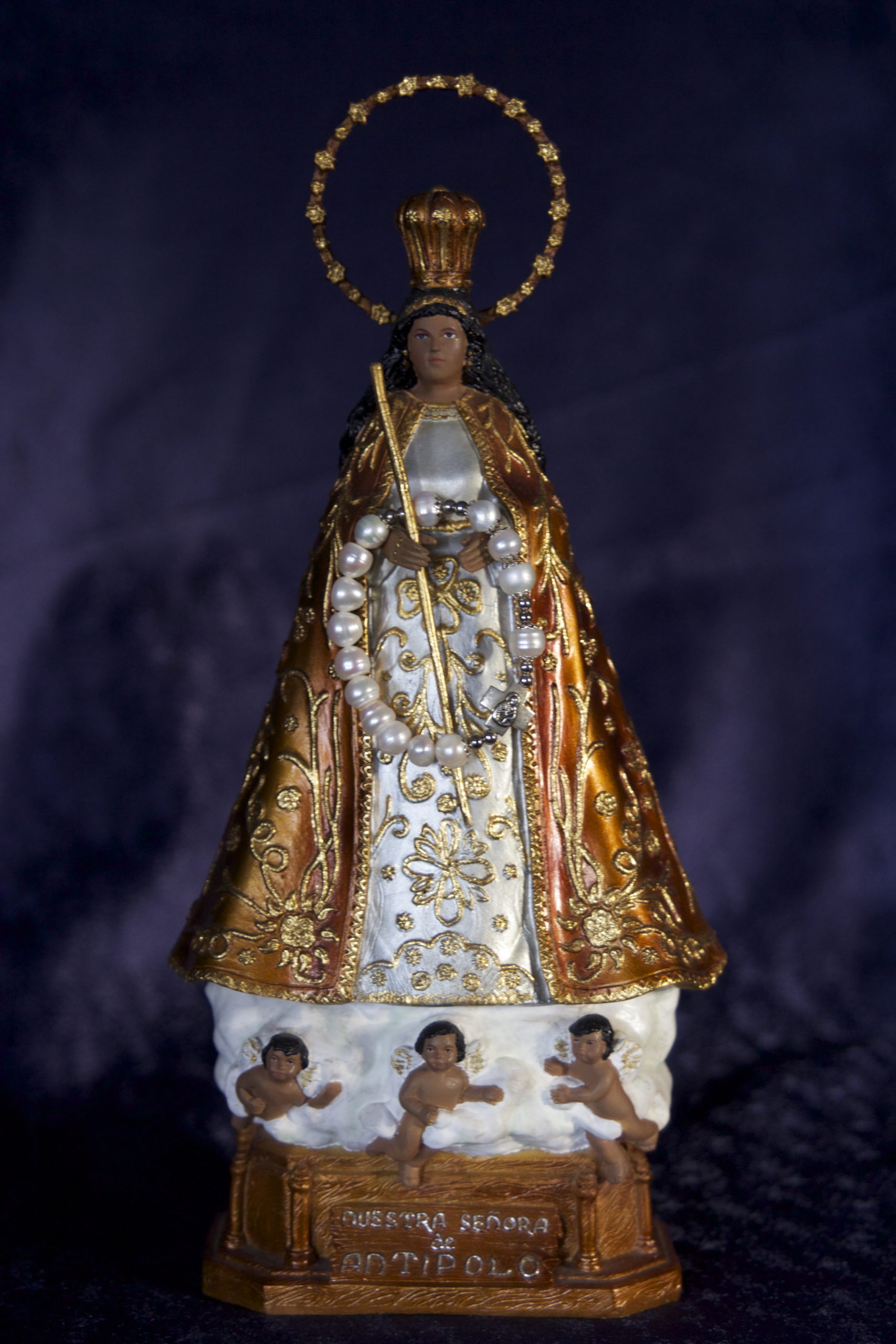 Our Lady of Antipolo

The Nuestra Señora de la Paz y Buen Viaje or famously known as Our Lady of Peace and Good Voyage was the title given to the Blessed Virgin Mary on the basis of the Spanish galleon’s successful eight ocean crossings. The image was brought in from Mexico in 1626 and was sculptured by Mexican craftsmen. It was carved from dark hard wood similar to the Black Nazarene in Quiapo. On several occasions, it was believed that she saved the galleon by warning the people about an imminent catastrophe. The Blessed Virgin assures that everyone will be safe in any voyage, any journey, any pilgrimage or trip for as long as the Way is Jesus, also the truth and the Life.

In 1632, the Blessed Virgin was turned over to the Jesuit fathers who were constructing a church in Antipolo. A church was to be built for the Blessed Virgin in the nearby barrio of Santa Cruz although the Jesuit fathers found it hard to move it there from the Church of Antipolo. As if in protest of leaving the town, the image was always found on the tree trunk of Tipolo which grew in the original site of the old church. Because of such, a pedestal was curved out of the trunks of that tree and the Blessed Virgin became locally known as the Virgin of Antipolo. When the Chinese community in Antipolo revolted, they burned the church as well as the image. However, the Blessed Virgin was recovered unblemished except for a slight streak on her right cheek. It was said that the image was stabbed by the Chinese non-believers.

The Antipolo Church became a Japanese garrison during World War II. The image was kept in a drum and was buried under the convent floor. When the town was destroyed, the image was taken by the devotees to the house of Rosario Ocampo. It was later transferred to Quiapo Church before it was brought back to Antipolo when the war was over.

Antipolo prides itself as the “Pilgrimage Capital of the Philippines.” Enshrined in the Antipolo Cathedral has a continuous following among Filipino Catholics since the Spanish era. A popular custom of pilgrims to the Virgin of Antipolo is the trek going to its shrine on the eves of Good Friday and May 1, from various locations in Rizal Province and Metro Manila. Some pilgrims would begin the trek from Quiapo Church in Downtown Manila following the procession of the image. There is also an existing custom to have new cars blessed at the church in the belief that this will ensure the safety of the car and its passengers.